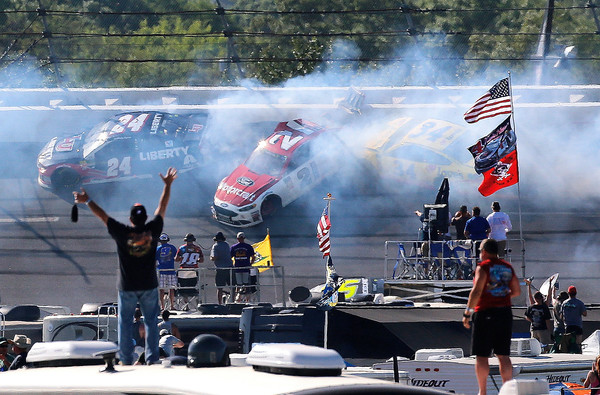 Paul Menard and the No. 21 Motorcraft/Quick Lane team had one of their best runs of the season going before being swept up in a late-race, multi-car melee.

Lenard, who wound up with a 30th-place finish, started 13th but was racing in the top five by the end of the race’s first 55-lap stage, thereby earning six stage points with his fifth-place stage finish.

He continued his march to the front and took the lead on Lap 105 and led a six-car string of Ford Fusions to the line at the end of Stage Two. Menard’s first-ever stage win paid another 10 stage points plus a playoff point.

He continued to run among the leaders, leading a total of eight laps, until the two drivers in front of him collided in Turns Three and Four on Lap 167.

Menard wound up being among the 14 drivers involved in that crash.

“We just got the bottom lane rolling decent and kind of got shuffled back. It is so hard to get back forward. We went for the top and that wasn’t working so we went to the bottom and started going forward but the 48 just cut across the 24 from what I saw and caused a big wreck.” 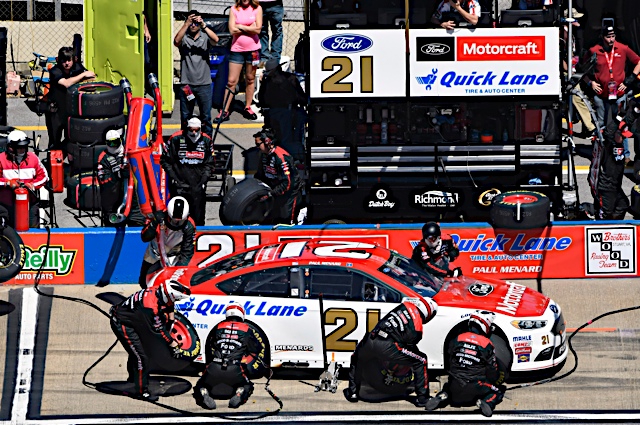 Team co-owner Eddie Wood said that while he and the Motorcraft/Quick Lane team members were disappointed with their finish, he pointed out that the close-quarters racing and the occasional “Big One” crashes are significant parts of the allure of Talladega for race fans.

“There was a huge crowd on hand, and that’s great to see,” Wood said. “We had a fast car, won a Stage, got some points and know we’ll have a fast car when we get back on a restrictor-plate track at Daytona in July.

“We didn’t get the finish we wanted, but a Ford won the race, which is important to us, and we’ll go on to Dover next week and continue building on what we’ve done so far this season.”