Narrowly Escaping the Big One, Whitt Secures 21st at Talladega 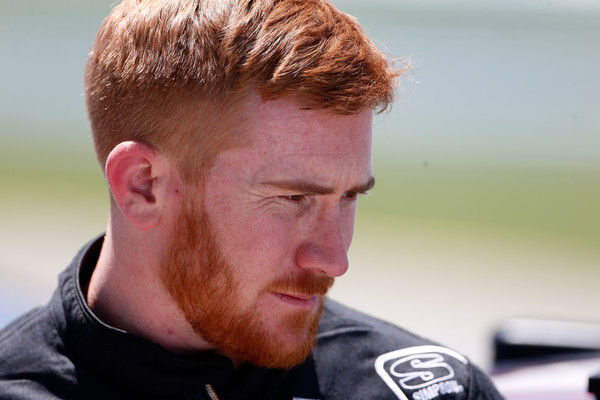 Stage 1
Cole Whitt rolled off the grid 36th in the No. 72 1950 Clothing Co Chevrolet Camaro ZL1 to start the GEICO 500 at Talladega SuperSpeedway
Lap 14: A series of green flag pit stops came early in the stage. Whitt was scored as high as 11th on the leaderboard
Lap 27: Running 27th, Whitt relayed the handling of the No. 72 was wrecking loose. He pitted under green flag for fuel and a wedge adjustment. He returned to the field in the 30th position
Stage 1 Completion Caution: Whitt had lost a lap to the leader and completed the stage 30th. Having recently pitted, he stayed out to take the wave around for track position
Stage 2
Whitt took the green flag restart 28th posted back on the lead lap to start Stage 2
Lap 69: Whitt came to pit for fuel only
Caution Lap 73 (incident): Whitt was posted 26th, one lap down. He was deemed the Lucky Dog. After securing the free pass, Whitt came to pit for four tires, fuel, and two rubbers in the left rear. He rejoined the field 22nd, back on the lead lap
Stage 2 Completion Caution: The adjustments during the previous stop had improved the handling. Whitt radioed it was better, still bouncing some and was free in but not free in the center. The pit crew serviced the No. 72 with four tires, one round of wedge out of the right rear and fuel
Stage 3
Whitt started Stage 3 in the 19th position. He steadily advanced through the pack and worked up to the 8th position
Caution Lap 130 (debris): Running 8th, the caution was not timely for Whitt. He utilized the opportunity to pit for four tires and fuel; cycling back to take the restart 20th
Lap 144: Whitt pitted under green flag for fuel only
Caution Lap 156 (fluid in the track): 16th in the field, the caution served as a great opportunity for Whitt to come back to pit for a splash of fuel
Caution Lap 167 (incident): Still running 16th, a multitude of cars were collected and Whitt narrowly escaped The Big One. He successfully navigated his way through the mayhem and came to pit for four tires, fuel and a much needed cleaning of the grille

Continuing to run in the Top-25 for the final laps, Whitt ultimately advanced to 21st to take the checkered flag at Talladega SuperSpeedway.

DiBenedetto Expects To Have Fast Mustang At Las Vegas