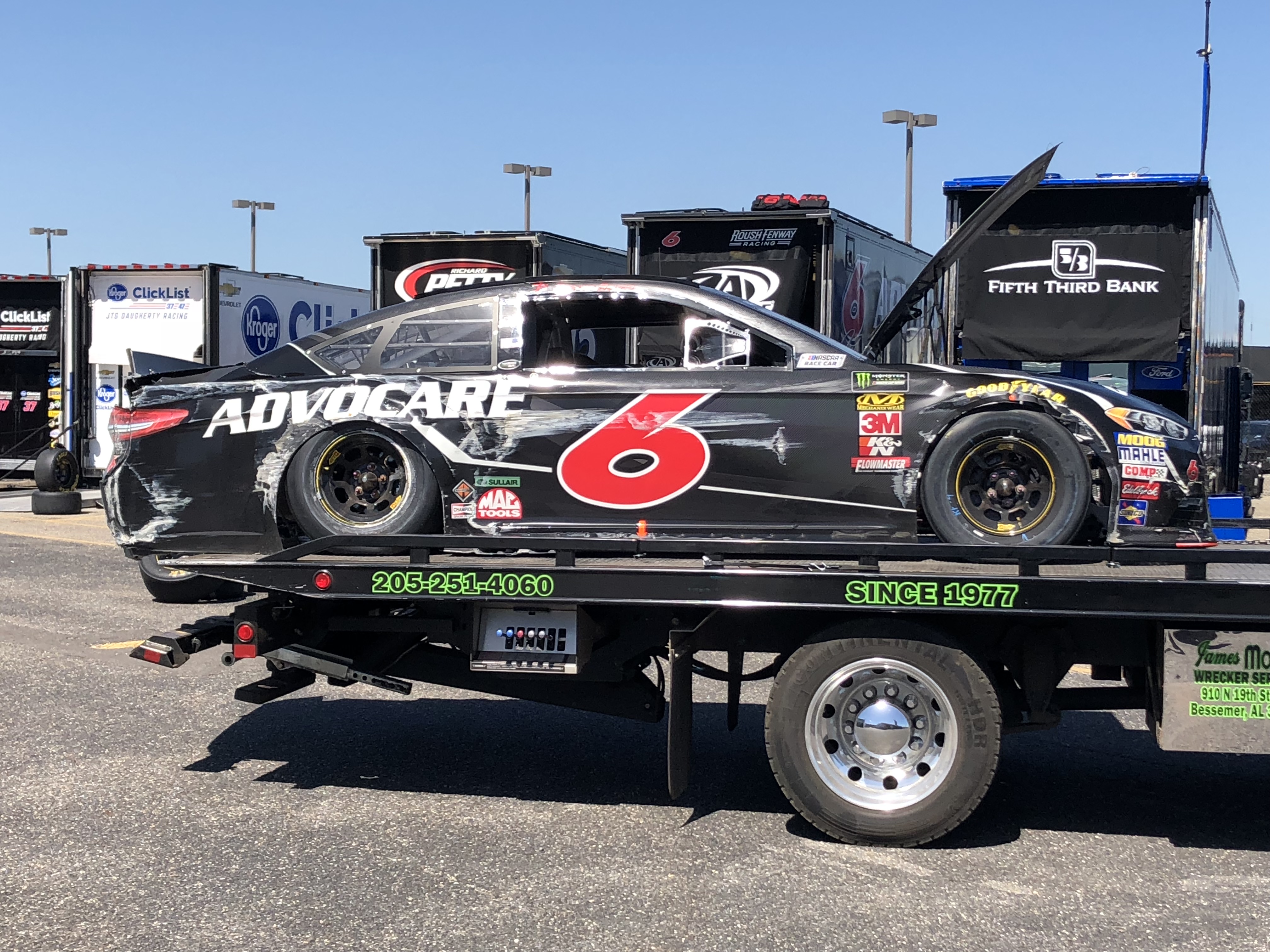 “We went into turn one and I saw Kyle Busch kind of get rooted up high,” Bayne said after the accident. “The third lane seemed to be the best for us. The car was on the splitter and the higher I could stay the better off we were.

“I went to the top to keep my run going and coming off the corner I didn’t see what happened but watching the replay it looks like the 20 got turned and turned up into us. It stinks. You try to manage your highs and lows though. We will move on and go to Dover next weekend. It is frustrating because Talladega is one of the ones you know you can win at and we wanted to do that today.”

The Knoxville, Tennessee, native lined up 21st for the 500-mile event and was logging laps trying to get a feel for his Fusion. He, along with other Ford Performance machines, played the strategy game early with a fuel-only stop on lap 12. After stops cycled when the leaders pitted on lap 43, Bayne would end stage one 22nd.

Heading into stage two, crew chief Matt Puccia and the crew piled on multiple adjustments at the break to get the Fusion tuned up. The 2011 Daytona 500 Champion would roll off 26th to begin the second stage, before the six-car wreck on lap 71 ended his day where he’d go on to finish 38th.

Bayne and the No. 6 team head to Dover Speedway next weekend for the AAA 400 on Sunday, May 6, at 2 p.m. ET on FS1. Race coverage can also be heard on MRN and Sirius XM/Radio NASCAR Channel 90.