Menard Set To Start 14th In Southern 500 At Darlington 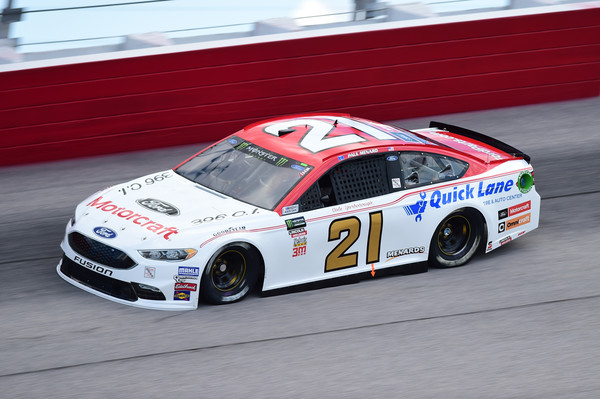 Paul Menard and the No. 21 Motorcraft/Quick Lane Ford will line up 14th for the 69th annual Southern 500 at Darlington Raceway as the sport celebrates its annual Throwback Weekend.

Appropriately, the No. 21 Fusion will carry a paint scheme reminiscent of the No. 21 Mercury Cyclone that Cale Yarborough drove to victory in the 1968 Southern 500, 50 years ago to the day from Sunday’s race.

The Southern 500 weekend at Darlington honors the history of the sport like no other event on the schedule, and the Wood Brothers and their No. 21 Fords have been a big part of the past at Darlington as well as other tracks.

When Menard fires up the No. 21 Fusion Sunday night, it will be the 92nd time a Wood Brothers car has started a Cup race at Darlington. He’ll be seeking the team’s ninth win on NASCAR’s oldest superspeedway and its fifth Southern 500.

In the run-up to this year’s 500, Menard has shown good speed. He was 10th fastest in the opening round of practice with a best lap at 171.226 miles per hour, and he was second fastest in speed among drivers who ran 10 consecutive laps.

In Happy Hour, he was 18th on the speed charts with a best lap at 167.848 mph but picked up speed considerably once qualifying got underway on Saturday afternoon.

Eddie Wood said he has a good feeling about Sunday’s race.

“It feels good to be here at Darlington on Labor Day weekend with all the throwback paint schemes and focus on the history of the sport,” he said. “The first time our family raced here was in 1961 with Curtis Turner, who finished second in the 300 miler.

“Since then we’ve had some of the greatest drivers in automobile racing drive our cars here.

“We’re proud to have Paul in our car this weekend and hope he can enjoy some of the same success as those who came before him in our car.”

The Bojangles Southern 500 is set to get the green flag just after 6 p.m. Sunday night with TV coverage on NBCSN.