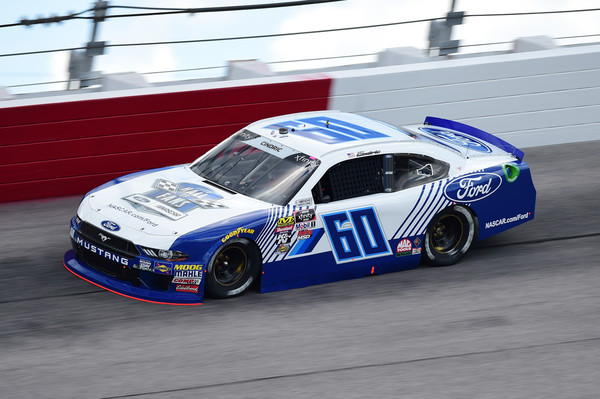 Austin Cindric’s first-ever competition at Darlington Raceway did not go according to plan, as contact with the No. 11  on the final corner of the first lap sent the No. 60 Ford Hall of Fans Mustang into the interior wall just past the start-finish line. Damage was too severe to continue, and Cindric was scored with a 40th-place finish.

“Obviously, it was just one of those racing deals,” Cindric said. “It’s hard for the spotters to see off of four, but either somebody cleared themselves up too early or, I mean, we were right by the wall so there’s nothing I can do. I get turned on and plug the fence two laps into the race. I’m really frustrated about that. I’m frustrated that this is my last race with the 60 car. This team has worked really, really hard and has nothing to show for it. It’s a bummer to end on this kind of a note, but we’ll keep moving and keep fighting.

Cindric started the race from the 11th position after advancing to the final round of qualifying Saturday afternoon. His No. 60 Ford Hall of Fans throwback Mustang honored Ford’s 1983 IMSA car, which was the first front-engine Mustang GTP to run in an IMSA road race.

Up next for the No. 60 team is Indianapolis Motor Speedway, where Chase Briscoe will take the wheel for the final race of the NASCAR Xfinity Series regular season.