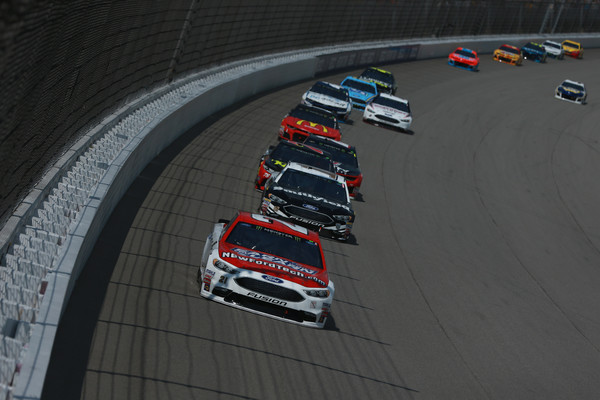 Paul Menard and the No. 21 Earn While You Learn/NewFordTech.com Ford ran around 10th place for much of Sunday’s Consumers Energy 400 at Michigan International Speedway.

But a long, 57-lap stretch of green-flag racing at the end of Sunday’s race worked against the team’s pit strategy and Menard wound up 16th at the finish.

Menard started the race from the 14th position and quickly drove his way into the top 10, where he ran until the competition caution flag was displayed at Lap 25.

A decision to take four fresh tires on his next pit stop, while others had quicker stops by taking just two, put him back to 20th place for the restart. Menard barely avoided a collision on the restart and lost five spots on the track, then rallied to finish the first 60-lap Stage in 19th place despite being cautious due to a vibration late in the run.

“We thought we had a loose wheel but it wasn’t,” Eddie Wood said. “The pit crew did a great job all day.”

Throughout the second Stage, Menard again worked his way into the top 10 before ending that 60-lap segment in 11th place.

He continued to run inside the top 15 until a caution flag flew when Ty Dillon struck an object on the track, hit the wall and dumped oil on the track. 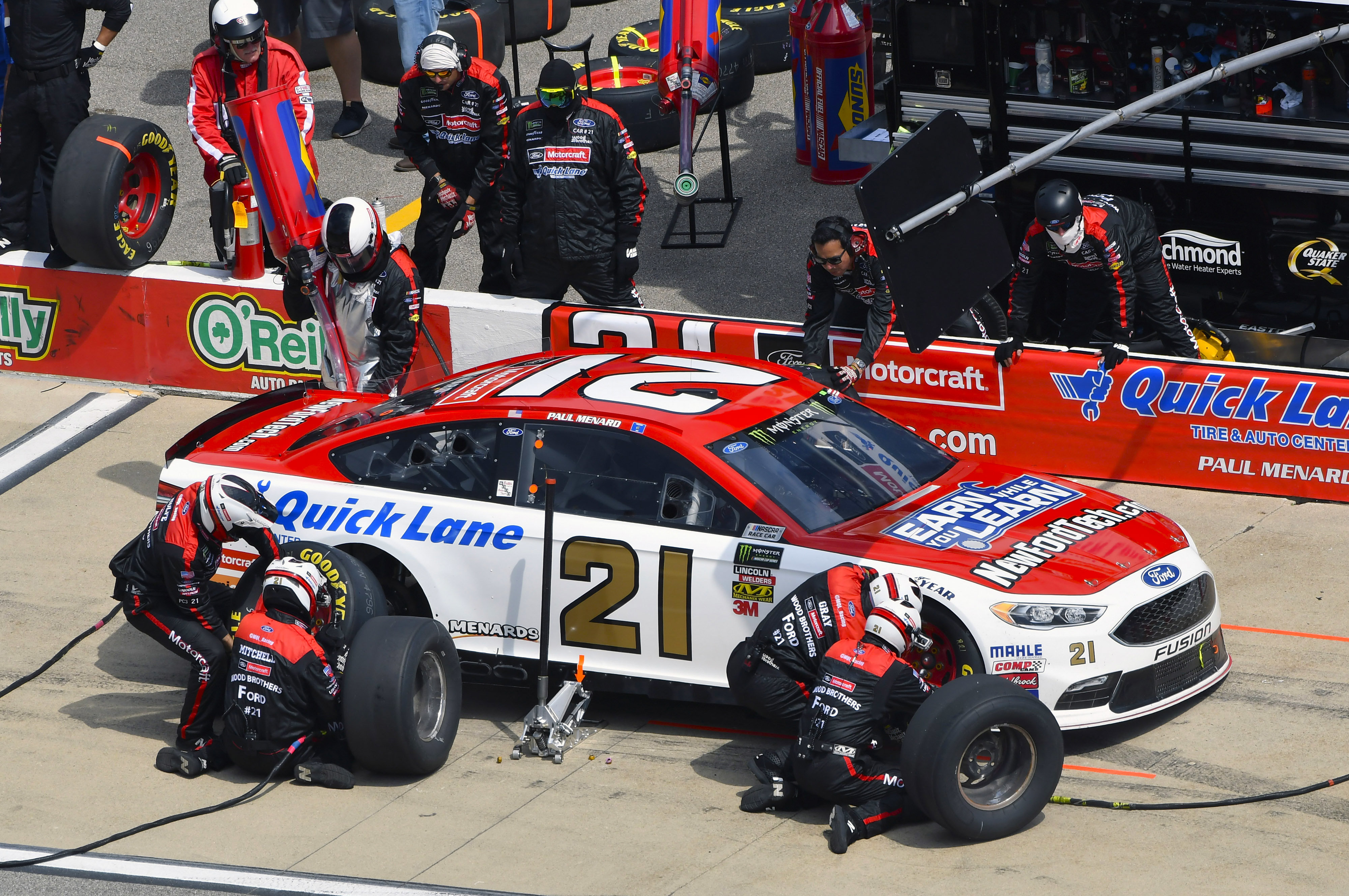 Menard and the Earn While You Learn/NewFordTech.com team elected to stay on the track at that point, while several behind them opted to pit. Then the race ran green until the checkered flag, giving those who did pit an advantage over Menard and the No. 21 team.

One final pit stop in the final segment occurred under the green flag and offered no chance to make a strategy play.

Menard finished 16th but was ahead of the two drivers he’s battling for the final Playoff spot.

Wood said that while his team’s pit strategy didn’t play out the way they hoped it would, there’s no shame in trying something different.

“You have to take chances sometimes,” he said. “It’s hard to make up points if you do the same things everybody else is doing.

“Overall it was decent day with no mistakes and a solid effort by the pit crew.”

Wood also said he was glad to see his team’s friends at Ford Motor Company retain bragging rights among manufacturers due to a Ford sweep of the Cup races at Michigan this year.

“It’s good to see Ford take the Michigan Heritage Trophy back to Dearborn,” he said of the hardware that goes to the winning manufacturer in each Cup series race at Michigan.

Menard remains 17th in the driver standings with three races remaining before the start of the 10-race, season-ending Playoffs.

The team will return to the track this Saturday night for the Bass Pro Shops 500 at Bristol Motor Speedway.