Menard Qualifies 14th At The Glen 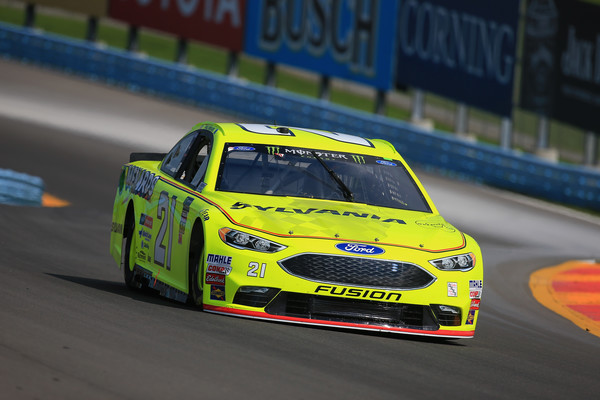 Paul Menard and the No. 21 Menards/Sylvania team are set to start Sunday’s Go Bowling at the Glen from the 14th starting position.

Menard posted the 14th fastest time in the first of two rounds of qualifying on the road course at Watkins Glen, N.Y., on Saturday afternoon, but the starting line-up for Sunday afternoon’s race won’t be official until after the cars are inspected Sunday morning.

They were 23rd in the opening practice session with a best lap at 122.317 miles per hour. After adjustments, they were significantly faster in the second and final session, posting the 11th best time with speed of 123.426 mph.

On Menard’s first qualifying lap, he found himself like many a motorist on the interstate – stuck in traffic behind slower cars. The No. 21 team quickly prepared their Fusion for a second try, and Menard responded with his best lap of the day, at 123.790 mph.

“Paul didn’t get a clean lap the first time out, so the crew cooled the car down as much as they could and he got back to 14th,” Eddie Wood said. “Paul did a good job under those conditions. It was a pretty good lap considering everything.”

It was the 11th time in 22 qualifying sessions this season that Menard has been 14th or better. He enters Sunday’s 90-lap race tied for 16th place in the championship standings with five regular season races remaining before the start of the 10-race, season-ending Playoffs.