Resilient Reed Rallies Back for a 19th-Place Finish at Dover 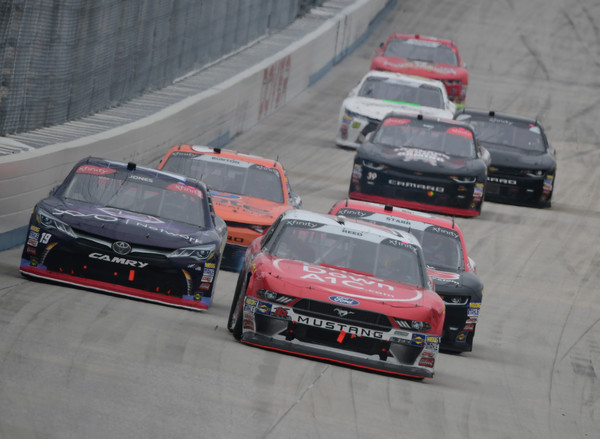 Ryan Reed was running 15th and chasing down the next pack in front of him when contact from another competitor sent him into the turn two wall.  Multiple pit stops for repairs ensued, but Reed was able to stay on the lead lap to cross the finish line 19th in his No. 16 Drive Down A1C Lilly Diabetes Ford.

“We made the best out of what could have been a really bad day,” said Reed.  “My team did a great job keeping me on the lead lap and fixing up our Lilly Ford.  I hate we got put into the wall like that, but we will move on to Charlotte.”

By final practice Friday afternoon the No. 16 Drive Down A1C Lilly Diabetes Ford was dialed in and ready for 200-laps at the ‘Monster Mile.’  Cooler temperatures arrived Saturday morning for qualifying and the No. 16 developed a tight handling condition, but Reed still made it to the final round of qualifying, earning a 12th-place starting position.

From the drop of the green flag, Reed reported that his Ford was tight everywhere.  Reed rode out the 45-lap opening Stage until he was able to pit at the break for multiple changes.  Reed started Stage 2 15th, but just 20 laps into the 45-lap Stage was sent into the turn two wall by another competitor.

The contact with the outside wall was severe and required multiple trips down pit road for tires and chassis adjustments.  The No. 16 team was able to make the necessary repairs and keep Reed on the lead lap.

Despite the damage, Reed persevered and continued to make up positions on the track.  Reed kept making progress until the end and ultimately crossed the finish line 19th.