Langdon comes up short against teammate Todd in first round 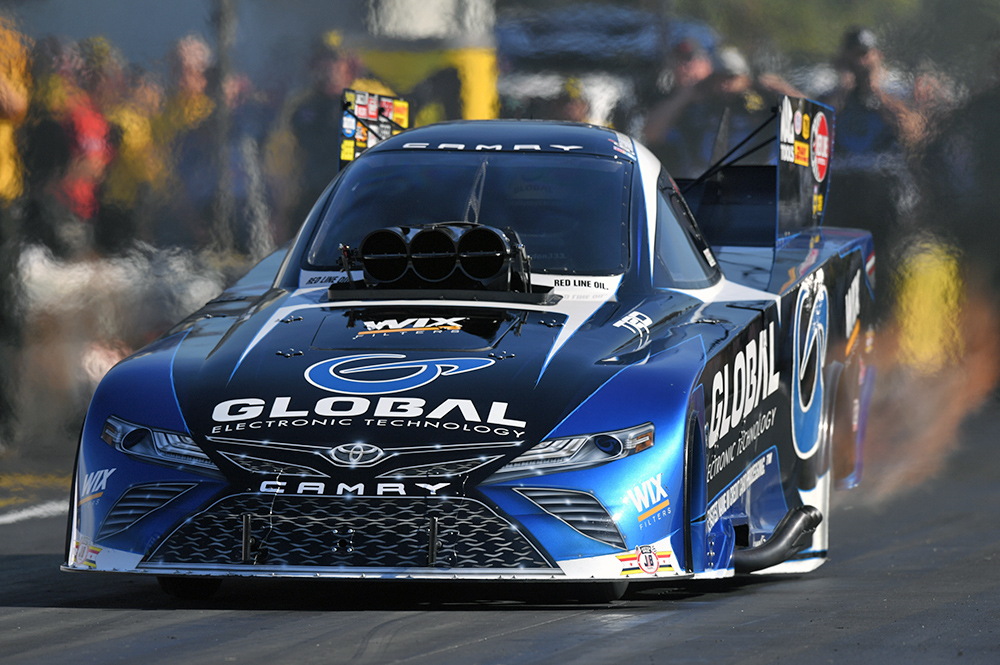 Shawn Langdon and the Global Electronic Technology crew had a consistent weekend overall, but could not take down teammate J.R. Todd in round one of Sunday’s eliminations.

After four strong runs throughout qualifying, Langdon was once again able to put together a clean pass on Sunday. His 3.943 at 322.81 was enough to land in the No. 10 spot in qualifying, where he matched-up with Todd in eliminations.

He enters the third race of the Countdown 10th in the standings.

Quotable: “We keep getting tough draws, so we need to start doing a better job with qualifying. We have made some good power, but we need to get the car better down low so it can accelerate to meet the times that we think we should be running.”