Kalitta knocked out in tight first round matchup 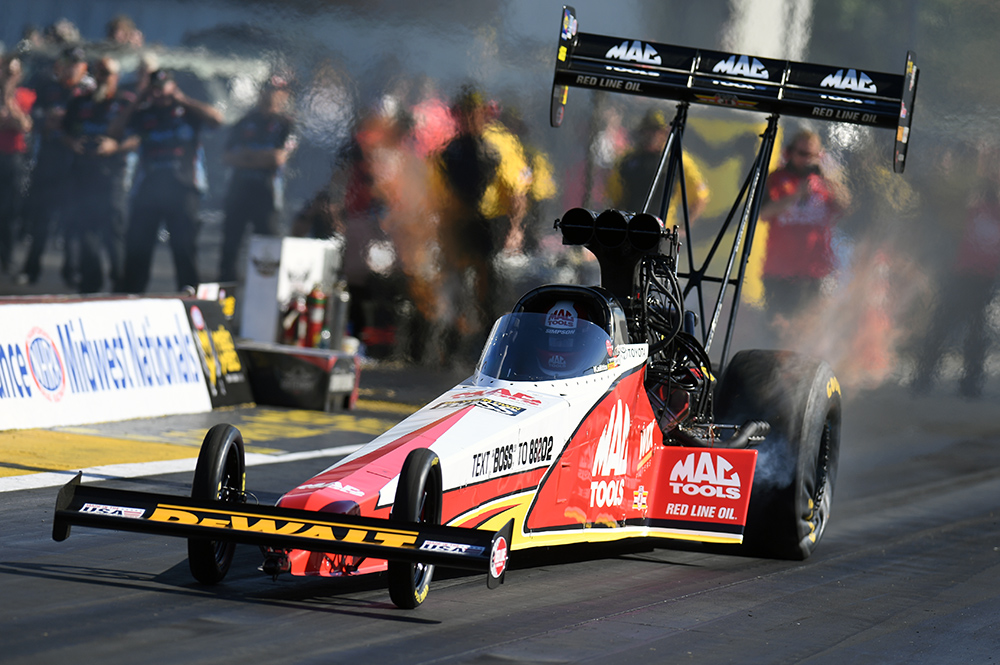 Despite four consistent runs in qualifying to start off the weekend, Doug Kalitta was unable to build off that momentum in eliminations on Sunday.

Kalitta entered Sunday as the No. 10 qualifier where he matched up against Antron Brown.

Kalitta was knocked out in the first round for the first time in the past three events, as he was also unable to add-on to his three career victories at the facility.

Quotable: “This Mac Tools team worked hard all weekend and we had a consistent car each day. We ran into a tough opponent with Antron Brown and they were able to run a little quicker than us. We will regroup this week and be ready for Dallas.”