Crampton knocked out in first round at Reading 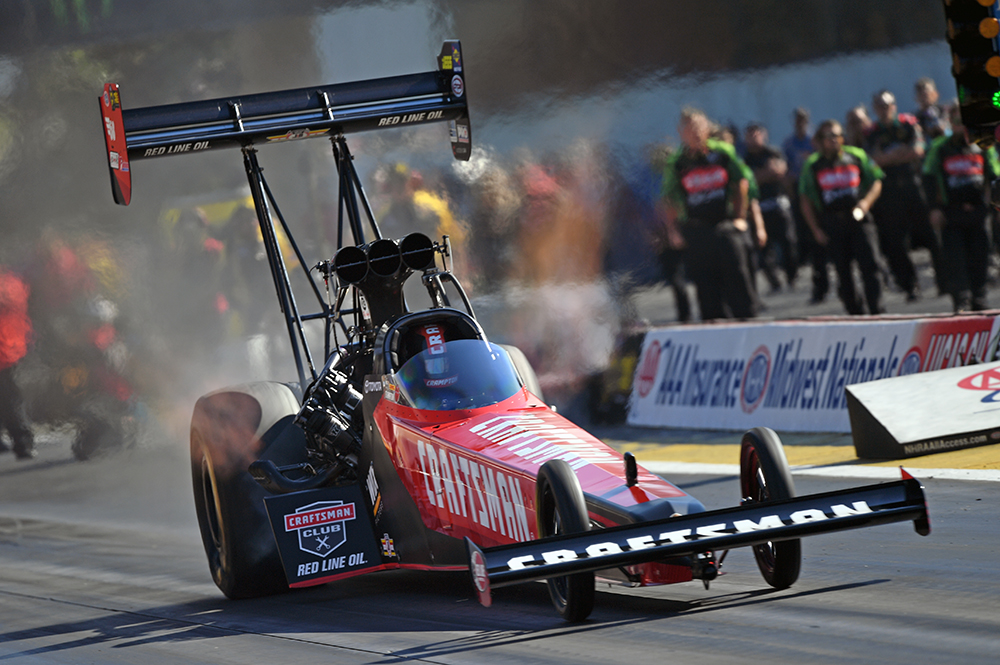 Richie Crampton and the CRAFTSMAN team were unable to get out of the first round in St. Louis after falling against Tony Schumacher.

Qualifying concluded with Crampton 11th in the qualifying order, as a 3.774-second run was almost strong enough to move into the top half of the class.

In his first round matchup with Schumacher, Crampton left first, but smoked the tires and Tony moved head. Crampton was unable to track down his opponent and now sets his sights on an improved weekend in Dallas in two weeks.

Quotable: “We knew it was going to be a tough race with Tony Schumacher, so we definitely didn’t want to leave anything on the table. It bit us in the end, but we’re trying to do our best to take out the people who are contending with Doug for the championship. Obviously, the performance wasn’t what we wanted today, but we’re moving in the right direction for Dallas. At this point, we’re just trying to get a head-start on 2019. Of course, we still want to do as well as we can over the final four races.”