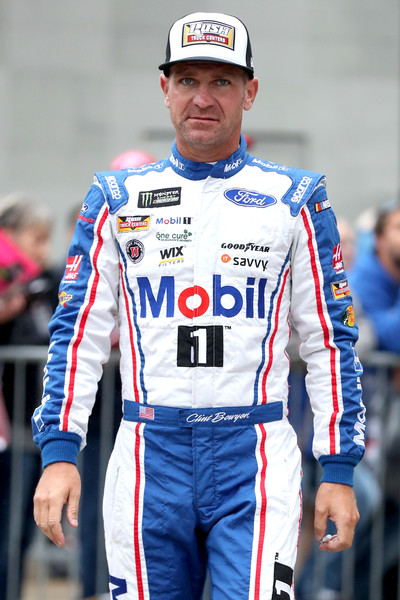 ● Moved to from eighth to fifth in the first five laps

● Pitted under green on lap 9 for tires and fuel.

● Stayed on the track during the lap 10 competition caution and moved to second.

● Remained in second throughout the stage until he passed teammate Kurt Busch at lap 45.

● Bowyer won his first stage of the year and second of career.

● Moved from seventh to third on lap 69 when he stayed on the track while others pitted.

● Took over the lead when Kevin Harvick pitted with 11 laps remaining in the stage.

● Gave up the lead with two laps left in the stage to pit for fuel and tires.

● Led the first laps of the final stage before Denny Hamlin regained the lead with 17 laps remaining.

● Bowyer closed in on Hamlin in the closing laps but could not make the pass.

● The race restarted with three laps remaining and Bowyer could not hold off the cars with newer tires.

● Bowyer finished first in Stage 1 to earn 10 bonus points and one playoff point.

● Bowyer led three times for 37 laps to increase his laps-led total at Indianapolis to 43.

● This is Bowyer’s seventh playoff appearance and first since 2015.

● Brad Keselowski won the Brickyard 400 to score his 26th career Cup Series victory, his second of the season and his first at Indianapolis. His margin of victory over second-place Erik Jones was .908 of a second.

Do you take any solace from running so well today?

“Absolutely. You’ve got to use good runs like that for a confidence-booster for the Playoffs. It was a good run for us. Man, it’s a game of luck. There wasn’t really any strategy. You can’t strategize for cautions that you don’t know are gonna exist. I felt like we were definitely faster than (Hamlin), but when he beat us out of the pits there, that position nobody passed anybody for the lead and unless they were a huge advantage on tires, and then all of a sudden the cautions come out and hand the (Keselowski) the win. That’s what’s frustrating, but that’s the nature of the beast here.”

The next event on the Monster Energy NASCAR Cup Series schedule is the South Point 400 on Sunday, Sept. 16 at Las Vegas Motor Speedway. It is the first race of the 10-race playoffs and it starts at 3 p.m. EDT with live coverage provided by NBCSN beginning at 1:30 p.m.