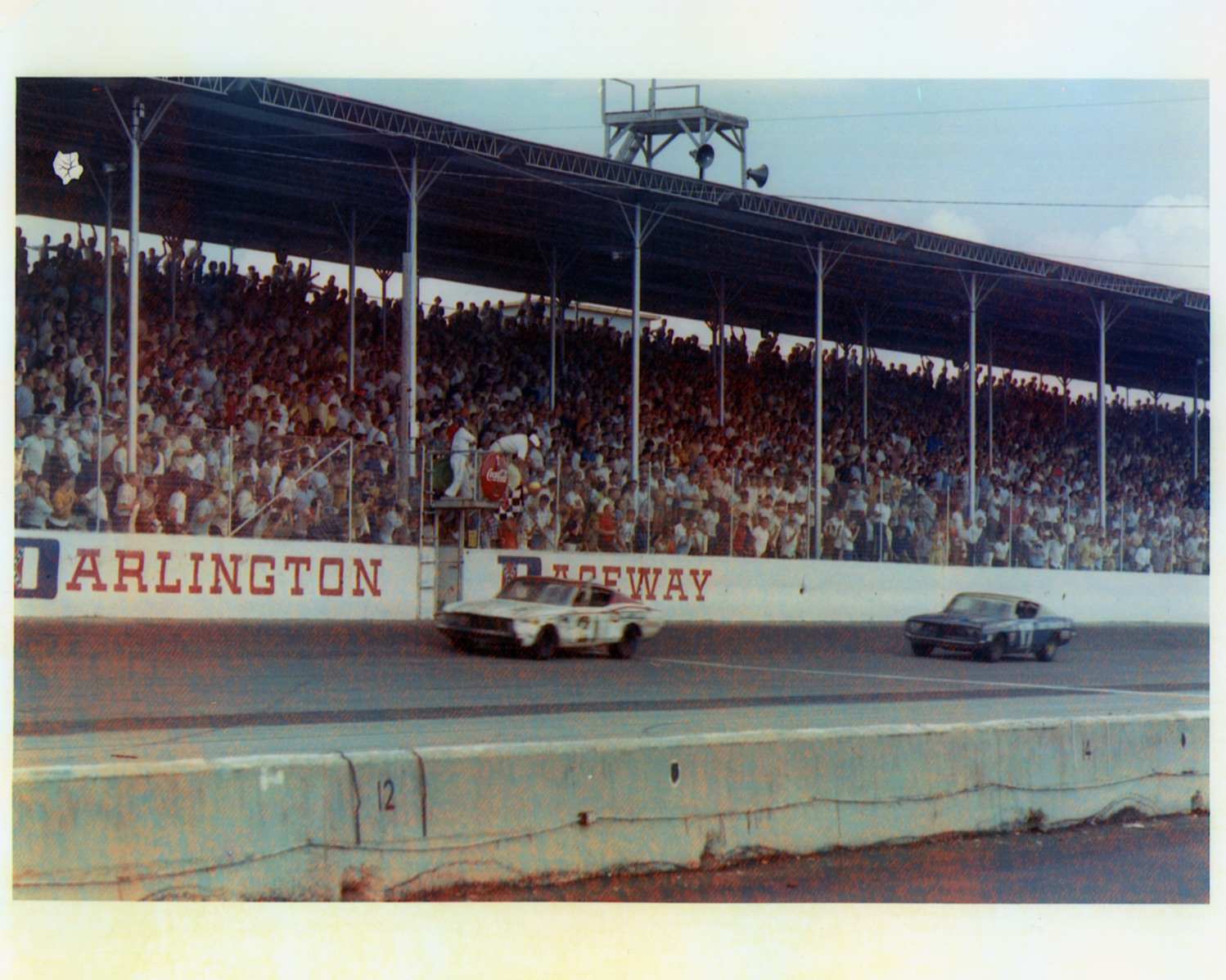 Paul Menard and the No. 21 Motorcraft/Quick Lane team will be honoring a legendary driver and a family of loyal Ford fans during this weekend’s fourth-annual throwback-themed Bojangles Southern 500 at Darlington Raceway.

The No. 21 Motorcraft/Quick Lane Ford Fusion will carry a red-and-white paint scheme reminiscent of the Wood Brothers’ 1968 Mercury Cyclone that Cale Yarborough drove to victory in the 1968 Southern 500, which was held 50 years ago to the day from Sunday’s 500.

The theme for this year’s throwback campaign is “Seven Decades of NASCAR.” As part of their participation in the throwback weekend, the Wood Brothers and the folks from Motorcraft and Quick Lane will have as their guests at Darlington members of the Wallace Strader family from Knightdale, N.C., as well as Edsel Ford, who will be seeing a race at the Track Too Tough To Tame for the first time ever.

The Strader family’s decades-long love of Fords and NASCAR racing was brought to the attention of Ford and the team through the family’s submission of a video that chronicles their attendance at NASCAR races and their purchases of Ford cars and trucks.

The video sent to the Ford Hall of Fans opens with clips of eight-millimeter movies the family shot at Martinsville Speedway in 1961 and continues with scenes from Daytona International Speedway and other NASCAR tracks.

Later photos show the Strader family in the grandstands at Darlington on five occasions.

Photos of the family’s fleet of Ford vehicles also are shown, and the Ford products they’ve owned over the years include some of the company’s most popular offerings. Among the cars and trucks they’ve owned are mid-80s Broncos, an assortment of Crown Victorias and Country Squire wagons as well as mid-70s F100 pickups and later model Rangers.

There also are Mavericks, Mustangs, Escorts, Tauruses and T-Birds, along with a 1949 Ford and a ’53 Mercury.

Jeannee Kirkaldy, Ford Performance Motorsports Marketing Manager, said having the Strader family on hand at Darlington this weekend fits in perfectly with NASCAR’s “Seven Decades” theme for the weekend.

“Our fans are important to us, and this year we’ve been working hard to celebrate fans who are committed to this sport, its drivers and teams, and of course, the cars,” Kirkaldy said. “This weekend at Darlington, as a way of saying thanks, we will be hosting Wallace Strader and his family, who has been a loyal Ford owner for decades and has shared his love of racing with his family for years.”

The paint scheme honoring Yarborough, who grew up and still lives in nearby Timmonsville, S.C., is tailor-made for a throwback weekend at NASCAR’s original superspeedway.

He made his first NASCAR start in the 1957 Southern 500 at the age of 18. Three of his first four NASCAR starts were in the Southern 500, but he didn’t win one until ’68 when he beat another Darlington master, David Pearson, to get the win.

That victory was the first of five in the Southern 500 for Yarborough and the first of eight overall at Darlington for the Wood Brothers, including three more Southern 500s – two with Pearson and one with the late Neil Bonnett.

Eddie Wood said it’s an honor for him and the people at Ford Motor Company to recognize Yarborough at his home track.

“He’s one of the original heroes of our sport,” Wood said, adding that Yarborough got 13 of his 83 career Cup wins behind the wheel of a Wood Brothers car. “He’s a big part of our team’s history and of auto racing history in general.

“I hope we can have a great race for Cale, for the Straders and for Mr. Edsel Ford.”

Qualifying for the Bojangles Southern 500 is set for Saturday at 2 p.m. Eastern Time, and the race is scheduled to start just after 6 p.m. Sunday with TV coverage for both events on NBCSN.