Series Of Misfortunes Leaves Menard 28th At The Glen 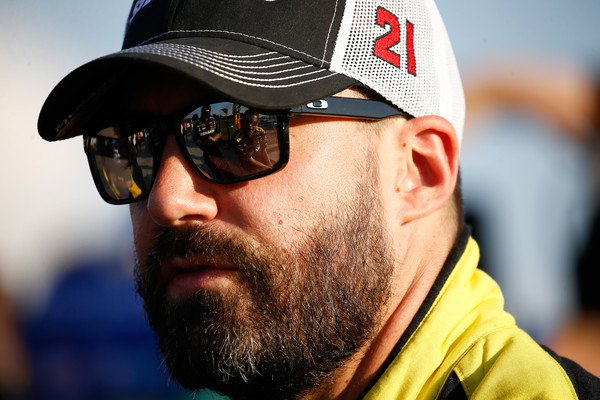 Paul Menard and the No. 21 Menards/Sylvania team started their day at Watkins Glen International with a disappointing outcome in inspection and ended it with a similarly unhappy situation due to an on-track incident and a pit penalty that trapped them a lap down and led to a 28th place finish.

In between, Menard showed some very impressive road-racing skills, driving from the rear of the pack into the top 10 with no help from pit strategy or other lucky breaks.

Menard, who had posted the 14th-fastest time in qualifying on Saturday, lined up 37th for the Go Bowling at the Glen after the No. 21 failed to pass inspection Sunday morning.

After just four laps, he’d moved to 28th place and by the end of the first 20-lap Stage he was in ninth place, earning two Stage points.

He restarted Stage Two in 17th place after the pit stops cycled through following Stage One, and drove back to 13th place by the end of that stage.

But just past the halfway mark of the race, Menard incurred fender damage due to contact from another car and had to make an unplanned pit stop under the green flag. During that stop the team was penalized for having a crewmember over the wall too soon, and the penalty prevented Menard from being able to get the free pass on the next caution period.

With no other yellow flags in the remainder of the race, he was essentially trapped a lap down and wound up 28th.

“The car was fast enough to run in the top 10, and Paul was doing a heck of a job driving it,” Eddie Wood said. “But when things went bad there wasn’t really anything he could do.”

“It was especially disappointing for all of us because [track president] Michael Printup and his team had done a great job and had another sell-out crowd and we wanted to run well in front of all those people as well as our sponsor Menard/Sylvania.”

Wood also offered his congratulations to race winner Chase Elliott, who has been a friend of the Wood family for all of his 22 years.

“We’re happy for Chase,” Wood said. “And for his parents Bill and Cindy.”

“Bill drove our car for four seasons, and we’ve known the Elliotts since they first started racing in NASCAR.

“As a father of a driver, I know how much it meant to Bill to see his son in Victory Lane.”

Menard and the Wood Brothers return to the track next Sunday for the Consumers Energy 400 at Michigan International Speedway.