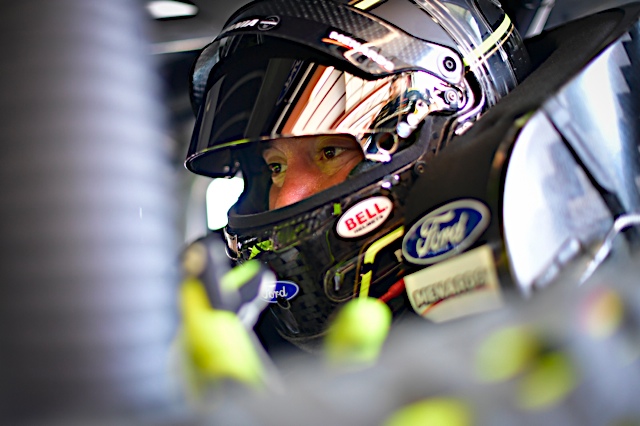 This weekend, Paul Menard and the No. 21 Menards/Sylvania team return to Watkins Glen International, where in 2003 Menard made his debut in the series now known as Monster Energy Cup.

Menard, then age 22, beat out four other drivers to earn the 43rd starting spot, and in the race, he ran all 90 laps and finished 29th driving a car owned by Andy Petree.

“It was pretty intimidating, running my first Cup race and it being on a road course,” Menard said. “I think we were pretty good in practice, somewhere in 20s. We didn’t qualify as well as we practiced, but we were able to move forward during the race.”

“I was just trying to soak it all in,” he said. “I was racing against the superstars of the sport.”

Now 15 years and 420 starts later, Menard is one of only seven drivers who started that race and are still active in Cup. The others are Jimmie Johnson, Kevin Harvick, Ryan Newman, Kurt Busch, Matt Kenseth and Jamie McMurray.

That 2003 season, Menard’s lone Cup start was part of his “ABC” driver development program. The ABC program consisted of entering young drivers in a mix of ARCA, Busch and Cup series races. The ABC program was advocated by Roger Penske, whose team now shares an alliance with Menard and the Wood Brothers team.

That year, Menard ran four ARCA races, winning at Talladega and sitting on the pole at Winchester Speedway, where he led 28 laps before an incident with a lapped car took him out of contention.

He ran six races in the Busch Series (now known as Xfinity) with a best finish of ninth at Indianapolis Raceway Park.

Menard also ran five races on the circuit now known as the Camping World Truck Series with a best finish of eighth at Kansas Speedway in a race won by Jon Wood, now the Director of Business Development and a co-owner of the No. 21 team.

“It was the most I ever learned in one year,” Menard said of his “ABC” year.

Now he heads back to Watkins Glen, where he also made his second career Cup start in 2005. He will be making his 15th start at the Glen and his first there in a Ford since 2010.

He’s looking forward to that.

“The Fords overall have been strong, and the No. 21, with the alliance with Team Penske, has historically been fast,” Menard said. “We should have a good baseline to start from, and I’m anxious to see how the car drives.”

Menard said he expects most of the pre-race practice time to be used fine-tuning the Menards/Sylvania Fusion.

“We will try to prepare for the weather, for the track conditions and the tires,” he said. “With a fairly recent repave [in late 2015], the track won’t have the grip it had last year.”

Qualifying for the Go Bowling at the Glen is set for Saturday at 6:35 p.m. Eastern Time, and the 90-lap race is scheduled to start just at 2:30 p.m. on Sunday with TV coverage on NBC.