Menard Ready For The Unknowns Of All-Star Weekend Format 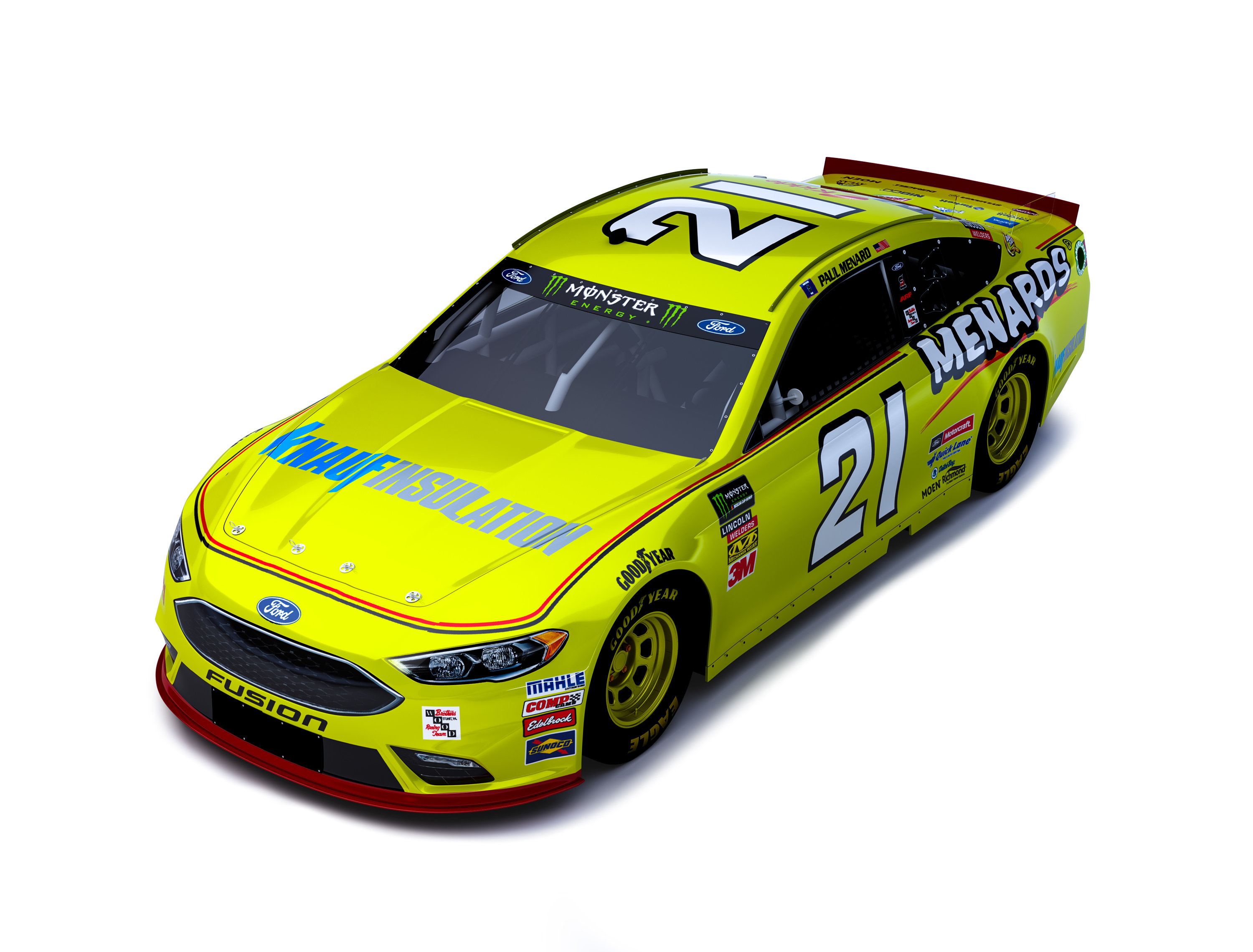 For Paul Menard and the crew of his No. 21 Menards/Knauf Ford Fusion, this weekend’s trip to Charlotte Motor Speedway will be a venture into uncharted territory.

New rules for the Monster Energy All-Star Race weekend means the cars will have an aerodynamic package designed to take away the aero advantage usually enjoyed by the lead driver. And there will be restrictor plates, usually only employed at Daytona International Speedway and Talladega Superspeedway.

A similar combination was used in the 2017 Xfinity Series race at Indianapolis Motor Speedway but has not been tried on Cup cars.

“There are a lot of unknowns,” Menard said. “The new aero package will make two times the downforce, while the restrictor plates will cut the horsepower in half.”

Menard figures that could drastically change the style of racing on a 1.5-mile track like Charlotte.

“You’re run pretty much wide open, and there probably will be a lot of drafting,” he said. “But it’s hard to predict.”

For Menard, there is comfort in a relatively lengthy practice schedule prior to Saturday night’s main events.

“We’ll probably do some single-car runs then try drafting to see how much speed there will be,” he said.

In previous seasons, teams often used the all-star weekend to try set-ups that could be used in future races, but this year, due to the drastic rules change, that’s not the case.

“Usually you can open up the notebook a little, but that won’t happen this year,” Menard said.

“But I’m looking forward to the weekend. It’s a fun, low-pressure event.”

And, for the next two weeks, he’ll be racing close to home, sleeping in his own bed and commuting to the track in his personal vehicle rather than having to make a plane trip to a faraway venue.

“My wife likes that, because there’s time to get a lot of jobs done around the house,” Menard said.

Qualifying for the Monster Energy Open is set for Friday at 6:05 p.m., and the race is scheduled to start just after 6 p.m. Saturday with TV coverage on FOX Sports 1. The All-Star race will follow the Open.