Langdon’s Atlanta run ends in the first round 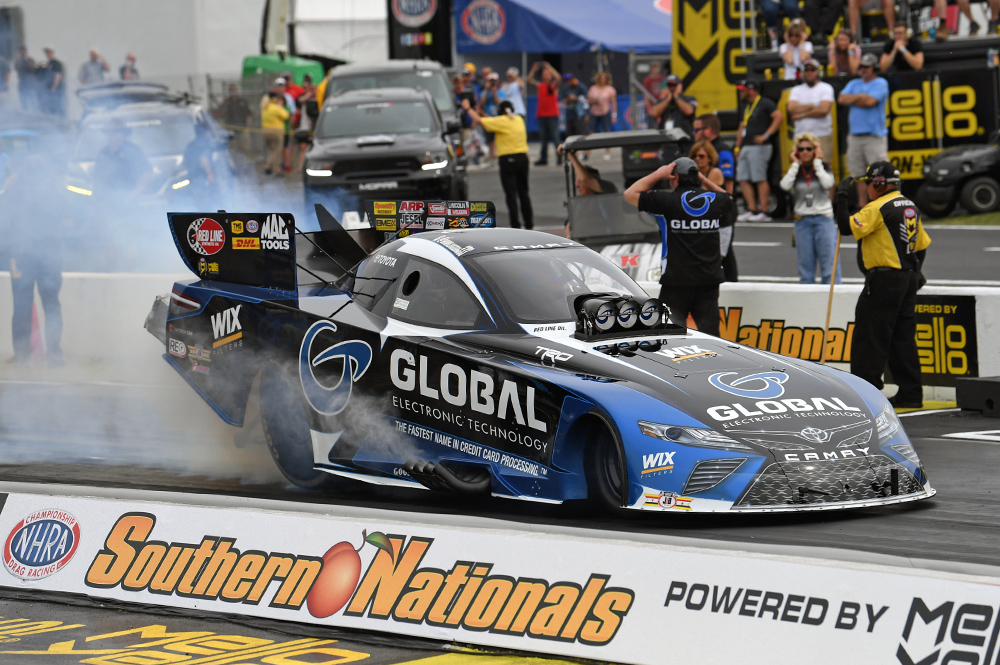 Shawn Langdon and the Global Electronic Technology team were defeated in the first round today in Atlanta.

In the first round, Langdon drew Tim Wilkerson. Langdon got over four hundredths over his opponent at the starting line. But that wasn’t enough as once Langdon encountered the bump on the race track, his Global Electronic Technology Camry began to spin the tires allowing Wilkerson to score the easy win.

Quotable: “After looking over everything, we did what we wanted in the first round. We were right there. We had a game plan, because that left lane has a pretty big bump in it. I tried to stay to the inside of it to get the smallest part of it, but it hit it and started spinning the tires. Not really much we could have done. I felt like we slowed down enough to get over that bump and make a good run, but we didn’t. We will pack it up and go to Topeka.”