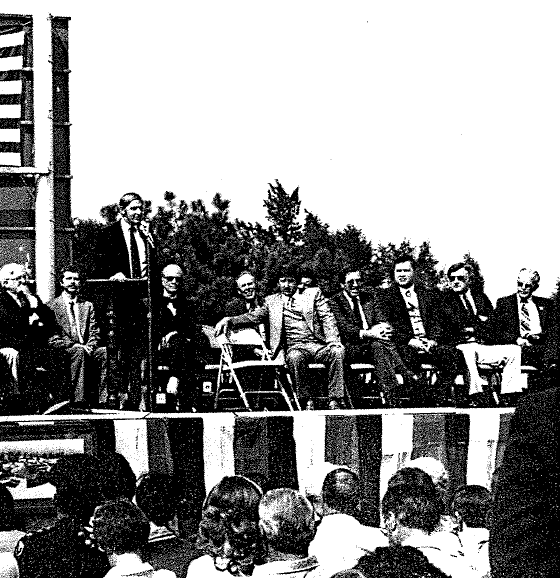 With its spring motorsports tripleheader race weekend just a day away, Talladega Superspeedway has finalized its lineup of pre-race dignitaries for all three of its events – the GEICO 500, Sparks Energy 300 and General Tire 200. They are:

TSS PR/Photo In 1981, Senator Gerald Dial, Chairman of the International Motorsports Hall of Fame, addressed a large crowd at groundbreaking ceremonies of the Hall of Fame, as dignitaries and members looked on. Dial will serve as the Honorary Starter for Sunday’s GEICO 500.

And Then There Were Three: Talladega Superspeedway’s October Race Weekend Now to Feature a Trio of NASCAR Playoff Races