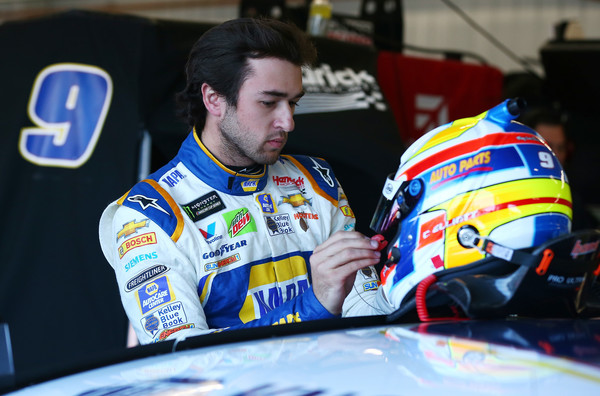 “A much better Friday than we have been having,” Chase Elliott said after qualifying concluded.  “This has been a ridiculous stretch of races for me and the No. 9 Napa Auto Parts Camaro ZL1 team. We have just been struggling and kind of being at the wrong place at the wrong time.  We have had fast cars at times, just hasn’t seemed to work out.  I typically don’t qualify very good, so I’m happy we could have a good qualifying effort and hopefully, our car in race trim is one spot better.”

William Byron, No. 24 Axalta Camaro ZL1, will make his first Cup Series start at Richmond from the ninth starting spot, he was the top qualifying rookie with that effort.  Alex Bowman, No. 88 Nationwide Camaro ZL1 will take the green flag Saturday night under the light at the 0.75-mile, D-shape oval in the 11th position giving Team Chevy five of the top 12 starters overall.

Martin Truex, Jr. (Toyota) was the pole winner, Joey Logano (Ford) qualified third and Denny Hamlin (Toyota) was fourth to round out the top five qualifiers.

“We’re excited about a good starting spot and more than that, to have a good pit road selection is huge as always. I’m just proud of the efforts to have a rough batch of a few weeks and to be able to still have the motivation and things from our team to come here and bring a fast car and give ourselves an opportunity to have a good Friday is step one. We’ll see what tomorrow brings.”

WITH THE RECENT ADVERSITY, DOES IT ENCOURAGE YOU TO BE EITHER MORE OR LESS HANDS-ON WITH ALAN GUSTAFSON? DO YOU WANT TO STAY OUT OF HIS WAY OR DO YOU FEEL LIKE YOU SHOULD CONTRIBUTE MORE?

“Obviously he’s not here in person this weekend, so I’ve been having a lot of dialogue with him. Frankly I let him do his thing and he let’s me do mine and I feel like we have a really good working relationship together. He makes my job as easy as it could be and I try to make his job as easy as it could be as well. So, we try to be as straight-forward with one another as possible to what level of hands-on interaction we have with each other? I don’t know. Somebody come and watch us and tell us. I don’t really know. I haven’t had a lot of experience with other pairs to know how much we are or aren’t. But we have a good working relationship and I’m looking forward to having him back next week.”

“No, I don’t think so. Well, I think you’re always pressing, right? I want to win. I want to do my job. I’m working on two and a half years of being here and I’d love to earn my spot to stay for a long time. So, I think we all want to do good. Can I say that we’re pushing and getting in trouble and doing some things on purpose to have those kinds of things happen? No. Not all of it has been purposeful. But, we’re pushing in every area we can just like everybody else is and frankly I have no shame in that and I don’t think anybody should.”

YOU ARE 23RD IN POINTS. IF YOU HAD THE POINTS THAT YOU’VE BEEN PENALIZED THIS YEAR, YOU’D BE IN 15TH. HAVE YOU LOOKED AT THAT AT ALL AND IS THAT PLAYING IN YOUR HEAD?

“I have not because we are not 15th and we do not have the points that we were penalized for, so it is irrelevant.”

OF COURSE YOU WANT TO GET YOUR FIRST WIN IN THE SERIES, BUT WHAT DOES IT SAY FOR HENDRICK MOTORSPORTS THAT THE NEXT WIN FOR THEM WILL BE 250 IN THE SERIES?

“Yeah, it’s incredible. That’s a huge achievement. I can’t say I’ve helped them a whole lot to get there, but it’s been awesome to be a part of that company and to have watched it over the years; and to have watched them from the couch and win races and I would love to get number 1 for me, obviously, but the score of 250 will be pretty spectacular. For them to have 249 wins, if you could ever just get one to be amongst the people who have won there I think would be pretty cool in itself.  We have to just keep trucking forward like we have been. We’ve been struggling at some of these places and just trying to scratch and go on and get what we can and get back to the ways that I think that our teams deserves to be in.”

“Here We Go Again” for Harvick at Talladega