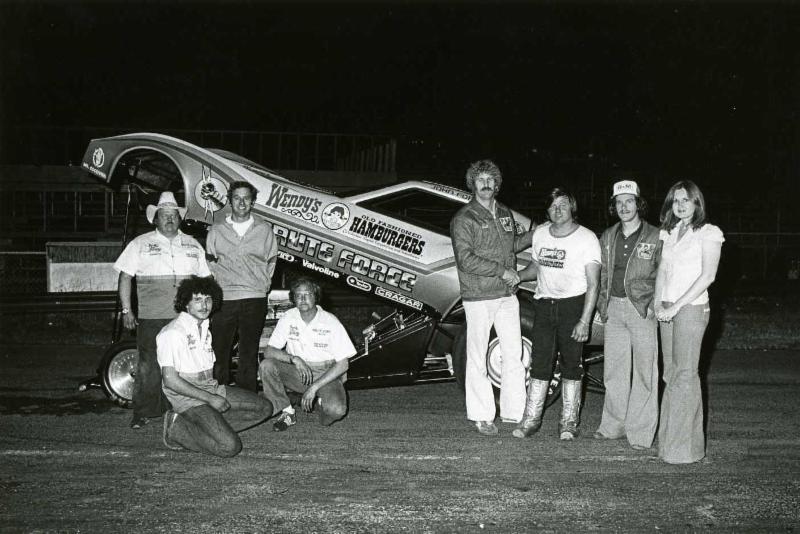 Steve Plueger was a drag racing icon who’s passing not only left a big hole in the fabric of the sport itself but also in the hearts of those who knew him most intimately including 16-time NHRA Funny Car Champion John Force.
“My brother Louis, Uncle Beaves (Gene Beaver) and (Steve) Plueger gave me my start,” Force said. “I always dreamed that one day I would drive the Plueger-and-Gyger car like my cousin Dave Condit (who won the 1974 NHRA World Finals at Ontario, Calif., in the Plueger-and-Gyger Mustang).”
Condit and Force are just two of the dozens of drivers who lost a mentor when Plueger passed away unexpectedly at age 74. The list of those who drove for the master craftsman includes Jeff Arend, Leah Pritchett, Dale Pulde, Gary Densham, Jack Wyatt, James Day, Ron Capps, his brother Jon Capps, John Hale, Bucky Austin, John Collins, Gerry Glenn, Fred Mooneyham, Todd Lesenko and “Lil’ John” Lombardo.
Although Force never drove a Plueger-owned car, Plueger was one of the Hall of Famer’s early crew chiefs and closest confidants.
“You were my chassis builder,” Force said, as if talking directly to his friend of 40 years. “Of all my championships and all my wins, most of them were in a Plueger car. Even when I went in-house to build my own cars, you were the first there to help. My first final round at Baton Rouge against Kenny Bernstein (1979) was with you tuning (on the Wendy’s Corvette).
“You and I always agreed that it ain’t over until we say it’s over and it ain’t over. We’ve still got a lot of races to win and I know that you’ll be there to help guide me, like always. You never failed me. I always got a call after a good weekend or a bad one. It didn’t matter. And if you couldn’t reach me, you always found Robert.
“I could think of a million things to say, but that wouldn’t bring you back. The best thing I can say is that you were family, like a brother. We fought and argued but whenever I needed you, you were there.”
Plueger, who enjoyed his greatest success in the NHRA’s Hot Rod Heritage Series in which he won multiple Funny Car championships, at the time of his death still was racing “Plueger-and-Gyger” and “L.A. Hooker”-branded nostalgia Funny Cars, the latter in honor of Beaver, Force’s late uncle.
JFR PR/Photo John Force, third from the right, gets a congratulatory handshake from Seattle International Raceway track operator Jim Rockstad after driving the Steve Plueger-tuned Wendy’s Corvette to a Funny Car victory in 1979. An unidentified track official stands between Force and wife Laurie. On the left are crew members Louis Force, Mark Quaternik, Plueger and Roy Mehus.