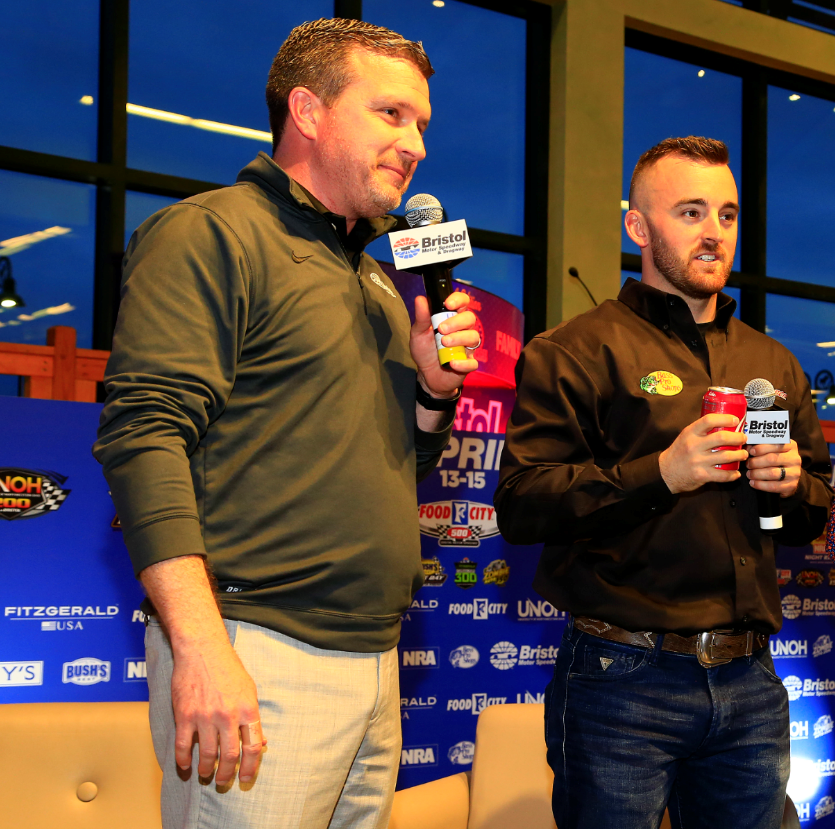 Bristol Motor Speedway is proud to announce that Coca-Cola will be the track’s exclusive soft drink beverage partner, effective immediately. The multi-year agreement aligns the popular global soft drink brand with The Last Great Colosseum, the fastest and most entertaining short track in the world.

The new agreement gives Coca-Cola pouring rights at The World’s Fastest Half-Mile along with signage and hospitality rights for all events. The agreement now places the iconic brand in sponsorship relationships at all eight of the Speedway Motorsports Inc. facilities. In addition, the announcement marks a return of Coca-Cola to BMS, where it served as the exclusive beverage partner from the early 1980s until 2007.

“We are thrilled to resume our partnership with an iconic brand like Coca-Cola,” said Jerry Caldwell, executive vice president and general manager of Bristol Motor Speedway. “Coca-Cola has an immense history in NASCAR as well as with our parent company, SMI and all of our sister tracks. The brand also has a storied history here at Bristol. We’re certain our fans are going to enjoy having refreshing Coca-Cola beverages while they watch some great racing action at The Last Great Colosseum.”

In addition to hosting thrilling NASCAR races, Bristol Motor Speedway is a versatile multi-use entertainment facility that also hosts music concerts and marquee NCAA football games, such as the 2016 Battle at Bristol between the University of Tennessee and Virginia Tech that drew a record crowd of 156,990.

Beyond its affiliation with BMS and SMI, Coca-Cola has been a longtime supporter of NASCAR. The brand became an Official Partner of NASCAR in 1998. Additionally, a signature part of the brand’s marketing strategy is the Coca-Cola Racing Family — a group of top drivers that includes Austin Dillon, Denny Hamlin, Kyle Larson, Joey Logano, Ryan Newman, Daniel Suarez and Darrell “Bubba” Wallace Jr. The Coca-Cola Racing Family, which has been around for nearly 20 years, makes appearances and is featured in advertising, promotions and packaging.

“The association with NASCAR, iconic tracks across the country, the Coca-Cola 600 and the Coke Zero 400, and the drivers of the Coca-Cola Racing Family creates an ideal relationship between the brands, the sport and fans,” said Stuart Kronauge, SVP of Marketing & Business Unit President of USA Operations, The Coca-Cola Company. “It allows for a fully integrated experience that connects Coca-Cola with NASCAR fans at every level — locally, nationally, at the track, in store, at home and elsewhere.”

Tickets for the Food City 500 weekend are still available. Weekend packages start at just $89 for adults and $10 for kids (12-and-under). For more information, visit www.BristolTix.com or call 423-BRISTOL.