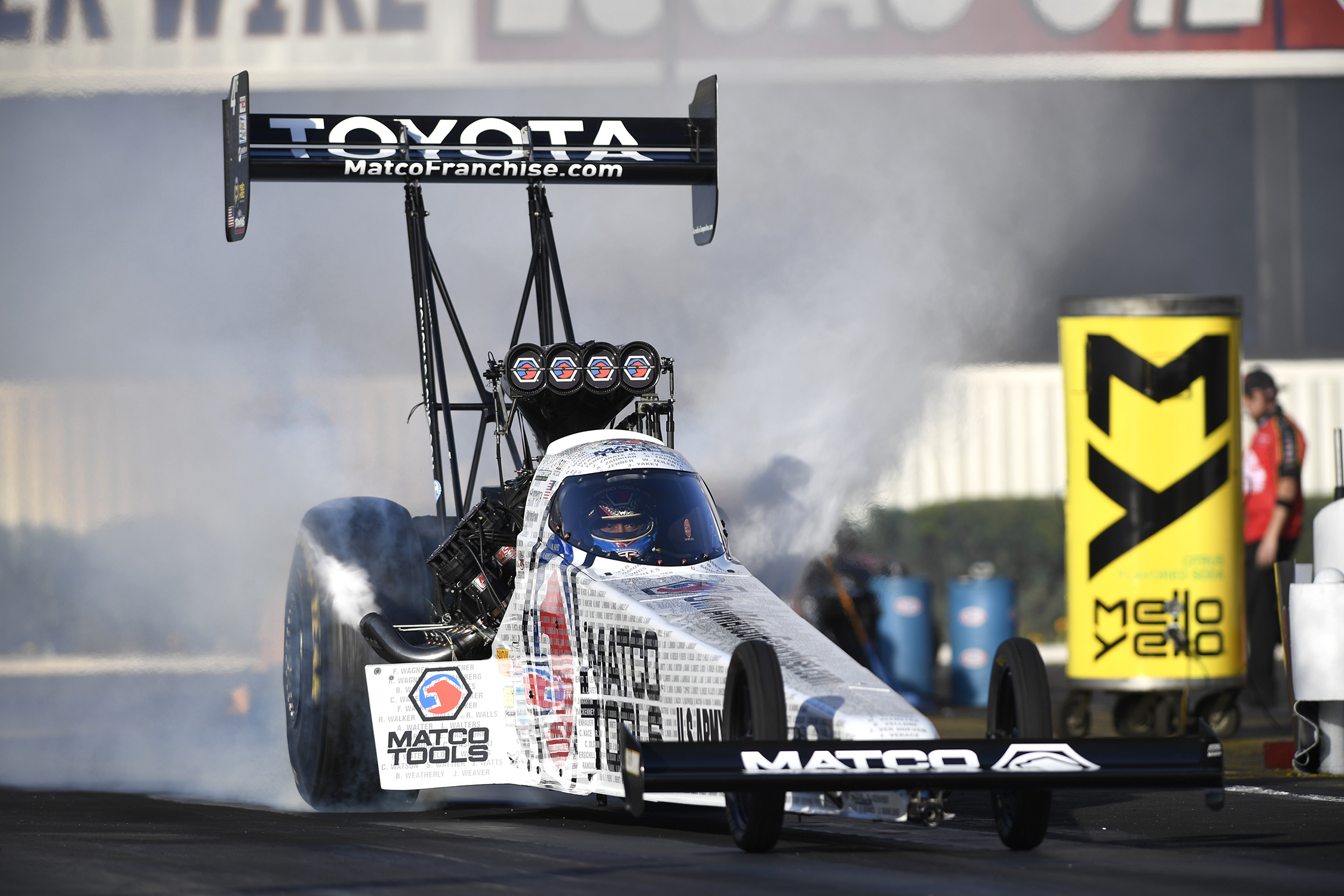 Antron Brown qualified third in Top Fuel, while Shawn Langdon placed fourth in Funny Car to lead Toyota in qualifying in front of a sell-out crowd at the Gainesville Raceway in preparation for Sunday’s Amalie Oil NHRA Gatornationals.
Four different Toyota drivers earned bonus points for finishing in the top three of at least one of the four qualifying sessions during the weekend.
Brown registered a 3.751-second pass on Friday night to capture the third spot, which held up throughout the remainder of the weekend. The three-time world champion will race Audrey Worm in the first round on Sunday.
Doug Kalitta was the most impressive Top Fuel driver on Saturday, earning five out of a potential six points as he topped the final qualifying session and placed second in the day’s first run. Kalitta will be looking for his fourth Gatornationals crown tomorrow.
A Kalitta Motorsports Top Fuel driver is guaranteed to advance to the second round on Sunday as Doug Kalitta will match up with teammate Richie Crampton, who placed tenth overall, in the first round of eliminations.
In Funny Car, Langdon registered his best-ever qualifying effort in the class with a fourth in just his third race with a 3.926-second pass. The 2013 Top Fuel world champion picked up right where he left off after advancing to the semi-finals in only his second-ever Funny Car race at Phoenix. Langdon will match up with the 13th qualifier Gary Densham on Sunday.
Langdon’s teammate J.R. Todd earned a bonus point in the first session of the weekend on Friday. He qualified eighth overall.  Right behind him was fellow Camry driver Del Worsham, who was third quickest in Saturday’s first session.  The two will match-up in an all-Camry opening round match-up.  Cruz Pedregon qualified 12th and will square off with Tommy Johnson on Sunday.
Today’s qualifying show can be seen tonight at 11 p.m. on FS1, while Sunday’s NHRA Mello Yello Drag Racing Series Gatornationals eliminations will be shown on FS1 beginning at 7:00 p.m. (all times ET).
Toyota Gainesville Qualifying, 2-2-2-2
Toyota Session-by-Session Qualifying
(#) – Bonus Points Earned
Bold = Driver’s quickest pass during qualifying
Toyota Racing PR/Photo NHRA Media