Jeg Coughlin Jr. to face reigning champ Butner in Round 1 of Gatornationals 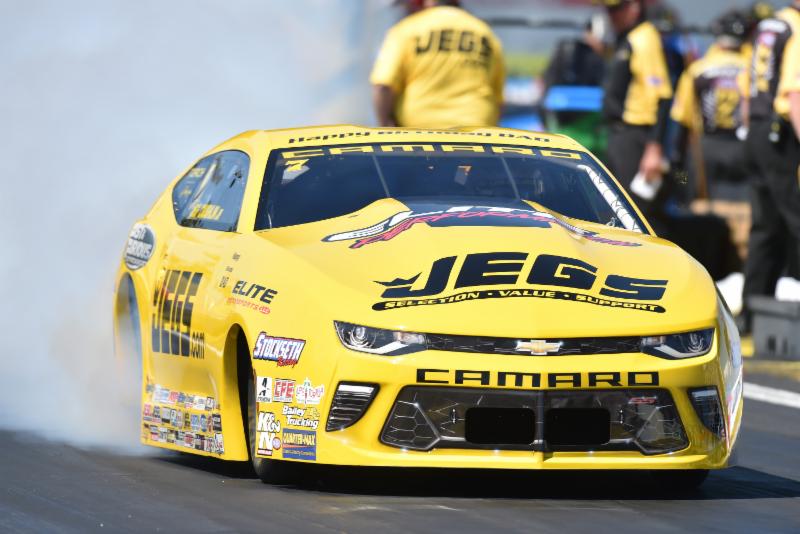 For the second national event in a row, Jeg Coughlin Jr. will face reigning Pro Stock champion Bo Butner in the opening round of sudden-death eliminations. Without question, he’ll be hoping for the same result as last time, when he upset Butner on a holeshot
in Phoenix.
The scene here in Florida is nearly the same. In Arizona, Coughlin was the No. 11 qualifier. This time Coughlin is the No. 12 qualifier. Once again, Coughlin could likely benefit from a great start as his best run of 6.581 at 209.75 mph is slightly behind Butner’s best run of 6.534 at 212.53 mph.

“We have a championship-caliber team here,” Coughlin said. “We have a race-winning car and race-winning team. Sometimes that doesn’t show every single run like you would like but that .58 we ran just now (in Q4) was a nice run, probably in the top five for that last session, so that’s what we will build off of for E1 tomorrow.
“It’s never an easy road in Pro Stock and tomorrow will be no different, but I can promise you this team is working hard to be the last one standing at the end of the day and that’s our goal tomorrow.”
It’s been an up-and-down performance so far from Coughlin’s JEGS.com/Elite Performance Chevrolet Camaro. The team encountered tire shake in qualifying sessions 1 and 3 but ran decent numbers in Q2 and Q4.
“Quite honestly, the team had done some pretty extensive testing coming in and were really pleased with the car prior to the race,” Coughlin said. “That started our confidence levels off right and had everybody fired up for the weekend but when we started racing we just struggled. We struggled getting the car down either one of the lanes, really in the first three sessions, and the guys started second-guessing everything.
“I got with (crew chief) Rickie Jones, we were talking and I said, ‘Hey, you gotta be confident in every move you’re making. You’ve got a little bit of data to go from and you know what each and every adjustment you want to make looks like, so just be confident in your decisions and stick with it. Let’s keep our chins up.’
“That sentiment certainly showed up in Q4 there, and now we feel much better about race day.”
Coughlin won the Amalie Motor Oil NHRA Gatornationals in 2001 and 2008. He also was runner-up here in 2002, 2003, 2004 and 2013, and was top qualifier in 2008.
Pro Stock eliminations begin at noon, Sunday. FOX Sports 1 will air qualifying highlights from 11-12 p.m., Saturday. Live eliminations will air on FOX Sports 1 from 7-10 p.m., Sunday. (All times are local and subject to change.)
Team JEGS PR