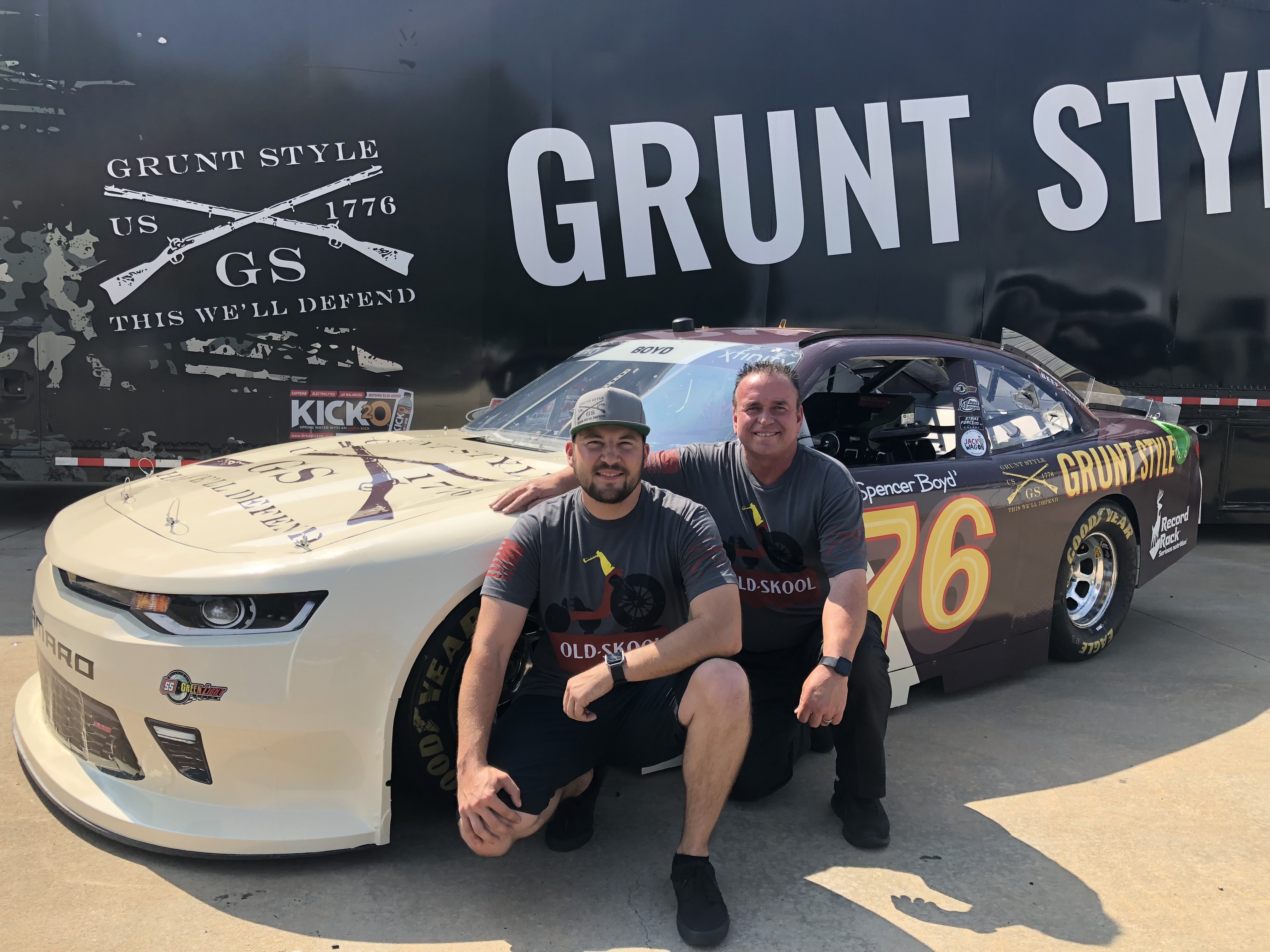 SS Greenlight Racing will bring chassis 703 to Darlington Raceway this weekend for the Sport Clips Haircuts VFW 200. Spencer Boyd ran this chassis previously at Chicagoland Speedway and finished in the 29th position.

News and notes:  Coming off a very solid performance at Road America, Boyd will head south to have his first date with The Lady in Black at Darlington Raceway. Boyd will sport a special throwback paint scheme honoring three-time ARCA champion Bob Dotter, this weekend. Earlier this week it was announced Bob Dotter has been nominated to the 2019 Illinois Stock Car Hall of fame. “This is going to be such a special weekend,” says Boyd. “I’m so appreciative of everything Bobby Dotter has done for me and my career. It’s really cool that we get to honor his father in such a historic race. I think this scheme will definitely be worth a couple tenths or so.”

Sponsor Highlights:
SS Greenlight Racing would like to thank returning associate sponsors Kickass Beef Jerky and Sportsman’s Choice & Record Rack Feed for being on board the Grunt Style Chevrolet Camaro this weekend at Darlington Raceway. Sportsman’s Choice & Record Rack Feed recently announced their Bucks for the Brave Campaign. The men and women that served in our armed forces had a job that required them to be willing to sacrifice their own life for the sake of others and for our country. Not many of us can say that, nor understand what it truly means – how these sacrifices impacted them as well as their families. Bucks for the Brave provides the opportunity for loved ones and communities that support these heroes to share their stories and unite us all in honoring and recognizing their service to our great nation. You can nominate a Veteran at https://wyng.io/HlGasw.

TV/Radio: The Sport Clips Haircuts VFW 200 from Darlington Raceway can be seen live on Saturday, September 1st on NBC. Race coverage will begin at 3:30 p.m. EST, and the event can also be heard live on MRN Radio as well as SiriusXM Radio, channel 90.