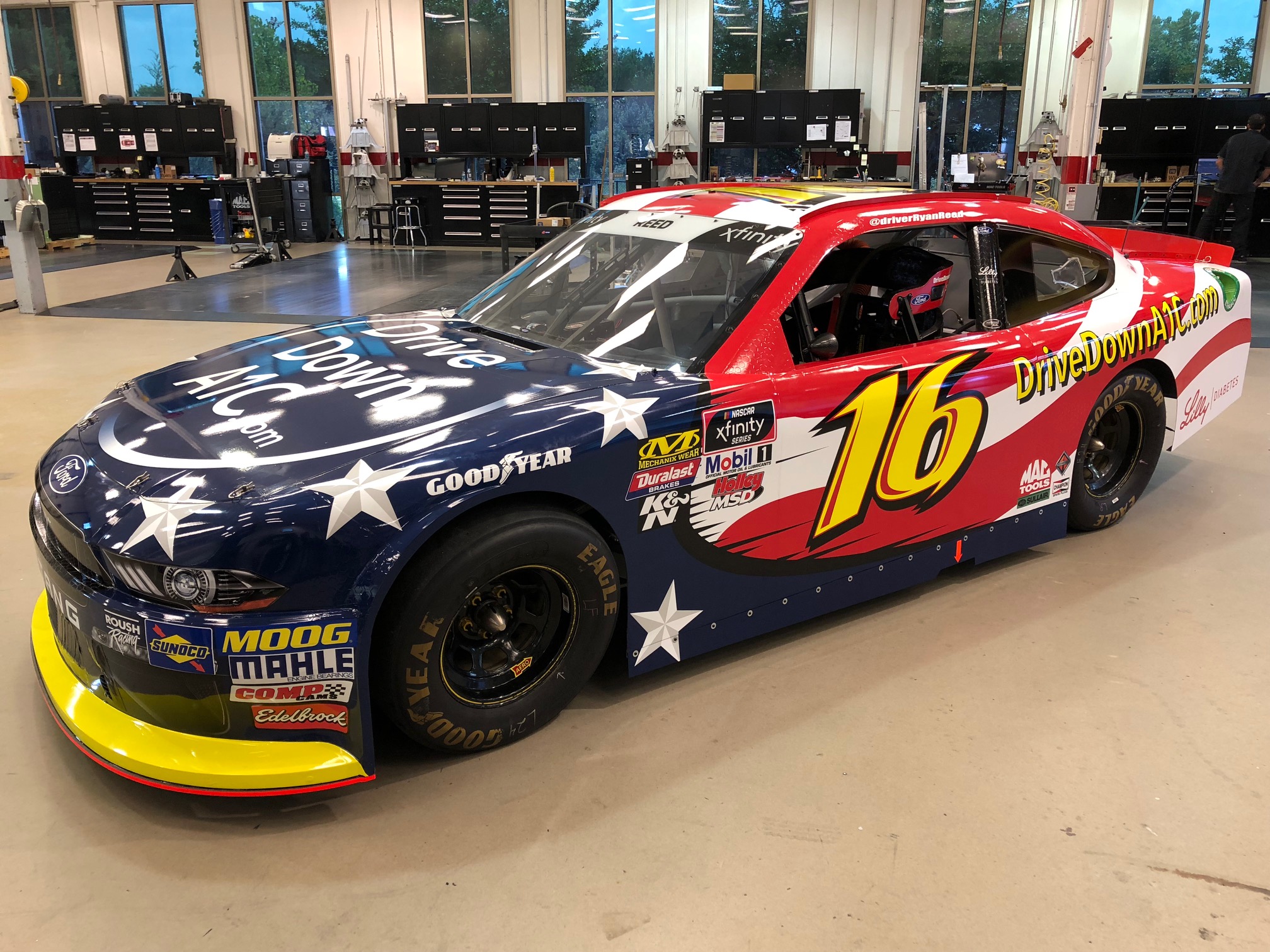 Ryan Reed’s No. 16 Ford will take on an iconic look this weekend at Darlington Raceway, as the team   honors back-to-back wins made by Greg Biffle in 2005 and 2006 with a patriotic throwback to those victories.  Roush Fenway Racing is the winningest team in NASCAR history and the timely throwback comes on the heels of team owner Jack Roush being inducted into the NASCAR Hall of Fame in 2019.

“This Greg Biffle throwback is really cool for a lot of reasons,” said Reed.  “I’ve been honored to drive the 16 car for five years now and Greg has been such a big part of making this number famous, getting so many wins in it.  This scheme, in particular, I remember watching as a kid and him winning in ’05 and ’06 at Darlington.  This race scheme is something special and over the years as we’ve been doing the throwback I’ve always wanted to honor Greg, because of what he did for Roush Fenway and the No. 16.  The car looks awesome and I’m really excited to get it on the race track.”

“Darlington is such a fun place, it’s one of my all-time favorite tracks,” said Biffle.  “I have such great memories from there and winning in 2005 one of the most memorable.  That year I won the most races in the series and finished second in the points, by not a lot, to Tony Stewart.  Those were some great years and it’s cool to see the scheme back on track with the 16 on the side.”