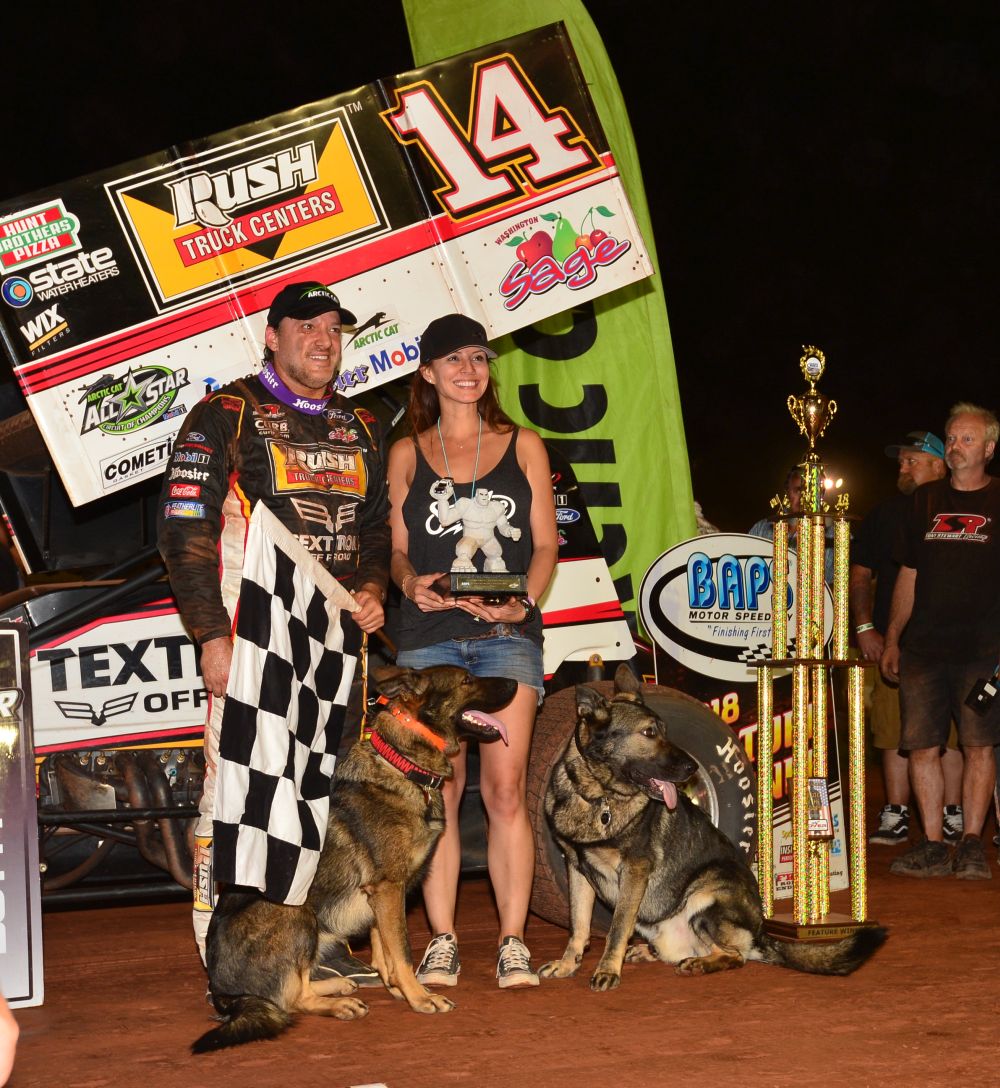 When Tony Stewart’s Arctic Cat All Star Circuit of Champions visits any dirt track, it’s a big night. When the auto racing legend gets behind the wheel and captures the checkered flag during the track’s signature summer event, it becomes an event fans will remember for years to come.

Dover International Speedway was the presenting sponsor of the event, and Stewart’s prizes included a miniature version of the famed Monster Trophy that NASCAR winners received in Dover’s Sunoco Victory Lane. In his NASCAR career, Stewart racked up three wins, 11 top-5s and 17 top-10 finishes in 35 Monster Energy NASCAR Cup Series starts at the Monster Mile.

“I felt like the longer we went, we got a little better, especially the last 10 laps,” Stewart told SprintCarUnlimited.com. “When you come here in the middle of [Pennsylvania] Posse country against these guys and win, you are doing something.”

Larson led the race’s first two laps before experiencing a mechanical failure and placing 23rd. The BAPS event completed four straight days of Pennsylvania dirt racing for Larson, who finished third at Grandview Speedway in Bechtelsville on Aug. 23, sixth at Williams Grove in Mechanicsburg on Aug. 24 and second at Lincoln Speedway in Abbottstown on Aug. 25.

On Oct. 7, BAPS Motor Speedway fans can take advantage of a special “Ride to the Race” ticket program to see the Monster Mile’s Monster Energy NASCAR Cup Series playoff race. The $75 package includes one upper-level grandstand ticket, a souvenir program and bus transportation to and from the track. Kids 12 and under are just $20 each. Call Dover International Speedway business development representative Karen Ptak at (302) 883-6555 to order.

For more ticket information, call 800‐441‐RACE or visit DoverSpeedway.com. You can also keep up with the Monster Mile at Facebook.com/DoverInternationalSpeedway, or on Twitter and Instagram at @MonsterMile.