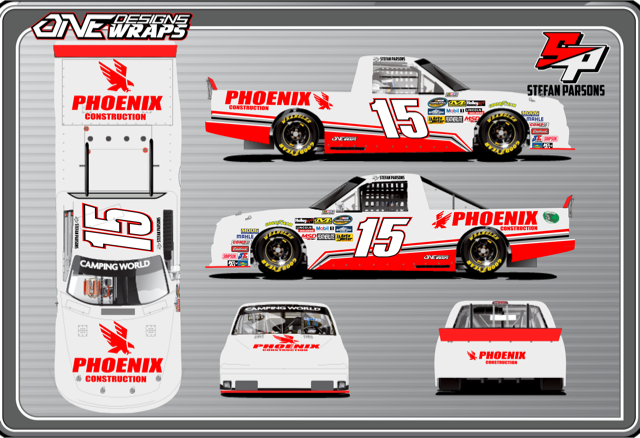 Stefan Parsons has racing in his blood. He has been around the sport his entire life as the son of former NASCAR driver/Cup Series team owner, now Fox Sports 1 race commentator, Phil Parsons and nephew to NASCAR Hall of Famer, Benny Parsons. He now looks to make a name for himself in the NASCAR Camping World Truck Series.

“I’m super excited to make my truck debut at Bristol. I can’t thank Jay Robinson and everyone at Premium Motorsports enough as well as James Finch & Phoenix Construction for giving me this opportunity. I’m excited to work with Mike Hillman Sr & Peter Sospenzo as I make my NASCAR debut in the #15 Phoenix Construction, Chevy Silverado. This is something I’ve been dreaming about my whole life and I can’t put into words what this means to me. My family has a history of winning at Bristol and I hope to continue the tradition.” – Stefan Parsons