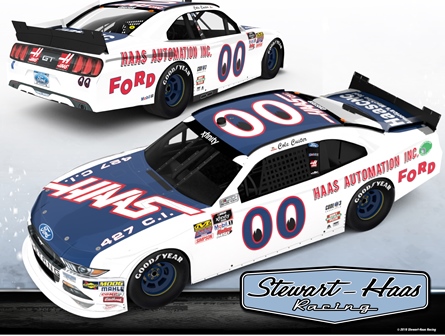 It was the NASCAR Grand National Series’ 1965 kickoff at the 2.7-mile road course. Foyt was considered a favorite, as he often was throughout his illustrious racing career. He started strong by leading 12 laps in his white and blue No. 00 Ford and battled Dan Gurney and Parnelli Jones at the front of the field. Late in the race, Foyt lost his brakes, and with no way to stop, he steered his machine off the track in an effort to avoid a collision with fellow competitor Junior Johnson. His car veered down a steep embankment and went airborne. Upon landing, it flipped several times, kicking up a cloud of dirt so thick it obscured the car after finally coming to a rest.

Foyt was knocked unconscious and when the first doctor arrived on the scene, he pronounced Foyt dead. But Jones, who had fallen out of the race, noticed movement from Foyt and removed a clod of mud from his mouth, allowing Foyt to breathe again.

Two months removed from this near-death experience, Foyt won the pole for the season-opening USAC Champ Car Series race at Phoenix International Raceway. It was the first of 10 poles Foyt would score in 1965, including the pole for the Indianapolis 500 with a new track record. And six months after his crash at Riverside, Foyt was back in victory lane, having won the Firecracker 400 at Daytona (Fla.) International Speedway in a Ford, the second of his seven NASCAR Cup Series victories.

It was a heck of a comeback, and it proved to be one of many comebacks the tenacious Foyt would make in a motorsports career that is still ongoing as a team owner in the Verizon IndyCar Series.

“I said after that wreck that I’d never run a number that reads the same way when it’s upside down. I only ran it a couple times, but after Riverside, that was it,” Foyt said. “Cole seems to have had a lot more luck in the No. 00 than me, or at least more starts where all four wheels stayed on the ground. But I do appreciate the tribute. I remember all my racecars, and I remember that No. 00 Ford being fast before the crash.”

Foyt’s dogged determination is well known, and it is emulated by Tony Stewart, the co-owner of SHR with Haas Automation founder, Gene Haas. Stewart’s career mirrored Foyt’s, with both drivers proving adept at racing all kinds of vehicles on dirt and asphalt.

“A.J. is my hero, and a great friend who I’ve known for a long time,” said Stewart, the three-time NASCAR Cup Series champion, 1997 IndyCar Series champion and four-time USAC champion. “It didn’t matter what it was, but if it had four wheels and went fast, A.J. would drive it. NASCAR stock cars, USAC stock cars, sprints and midgets, Indy cars, IMSA sports cars – A.J. won in all of them. We both kind of came up through the racing ranks in the same way. He just did it in a different era.

“I think it’s pretty cool that Cole is paying tribute to A.J. with this throwback paint scheme at Darlington. It obviously has some history behind it, and it’s probably the best example of how tough and resilient A.J. is.”

Custer is in his second full season of Xfinity Series competition with SHR. The 20-year-old from Ladera Ranch, California, is currently fourth in the championship standings and well on his way to making his second straight appearance in the NASCAR Playoffs.

“A.J. Foyt is one of the toughest guys in the history of racing,” Custer said. “I’ve always been inspired by his career because he never gave up, no matter the circumstances. That wreck he had at Riverside was vicious, but he bounced back and just kept on winning.

“A.J. and this paint scheme remind me that no matter how hard things get on the racetrack or in life, you never stop fighting. His will and determination set the bar. It’s an honor to run this throwback scheme at Darlington in tribute to everything that A.J. stands for.”

Foyt’s blue and white “mooneyes” scheme made its debut at Riverside. It also retired at Riverside. The No. 00 Vel’s Ford never made it to victory lane, but come Sept. 1 at Darlington in the Sport Clips Haircuts VFW 200, Custer plans to put this throwback scheme where it is meant to be – victory lane.