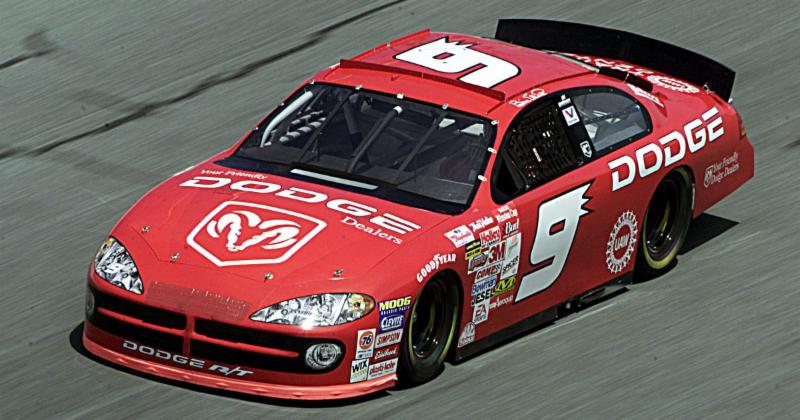 Road America announced today that that NASCAR Cup champion Bill Elliott is entered to compete at the WeatherTech International Challenge with Brian Redman presented by HAWK July 19-22. He will be driving a previously raced Dodge NASCAR Stock Car.
Elliott, the 1988 NASCAR Cup champion, is one of the most accomplished drivers in American auto racing. He scored 44 race wins at NASCAR’s highest level including the 1985 and 1987 Daytona 500s. While he was previously well established as a top driver on the NASCAR scene, it was in 1985 when he won the “Winston Million” for victories in three of the series’ marquee races: the Daytona 500, the Southern 500 and the Winston 500 that he broke through to superstar status. His million-dollar bonus for the achievement earned him the nickname, “Million Dollar Bill.” Elliott has been inducted into both the Motorsports Hall of Fame of America and the NASCAR Hall of Fame. Bill’s son Chase is currently a NASCAR Monster Energy Cup series driver for arguably the most powerful team in the sport, Hendrick Motorsports.

Widely known as one of the largest vintage racing gatherings in the United States, over 450 cars are expected to participate and both racecars and sports cars from all walks of vintage are welcome. With 16 different groups subdivided into several sub-classes the breadth of cars has something for everyone and there will be no shortage of spectacular racing.
The festivities kick off on Thursday, July 19, with gates opening at 7 a.m. Test sessions begin at 8 a.m., and run throughout the entire day. On Friday the on track action resumes with practice sessions in the morning and qualifying sessions in the afternoon.
Friday evening, the tiny village of Elkhart Lake will spring to life with a blend of art-on-wheels as over 100 race cars will parade from the track to downtown Elkhart Lake for judging and spectator viewing beginning at 6 p.m., for the Concours d’Elegance.
This event is a must see spectacle for enthusiasts of all ages as the quiet town is taken over by vintage racing cars. The sound, while not as visceral as being at the track itself is unique in that you are seeing the pinnacle of vintage racing rumble through public roads. Standing ten feet from a 1,000 horsepower big block Can-Am car, or the beyond mad 80’s Formula 1 turbo cars as they idle and rev by you is a sensation that goes beyond hearing and it is inexplicably cool.
Everyone is invited to take part in the concours viewing but Road America encourages fans and patrons to arrive early (before 5 p.m.) to allow enough time for parking and to find your perfect viewing location along the parade route and Lake Street where the race cars will park. Please consider these alternate routes into Elkhart Lake. County Road A from the East, Golf Course Road from the South and County Road J from the West.
The Village once again will be implementing the detours and road closures for the concours. The major road closings will be E. Rhine Street from Lincoln Street to the intersection of Gottfried and Pine Streets. All roads that intersect with E. Rhine Street will also be closed as to allow no traffic onto E. Rhine during the closure time. In addition, S. Lake and S. East Streets will be closed like in previous years. Please review the map. All closures will start at 3:00 p.m. and last until approximately 9:00 p.m.
On Saturday qualifying resumes in the morning for all groups. Then in the afternoon racing gets underway with qualifying races for each group. Over 100 sports cars will then gather again on Saturday evening in downtown Elkhart Lake from 6 p.m. to 8 p.m. for the second night of the Concours d’Elegance. Brimming with rarity, the street fills again. Most of these cars are rare metal, fast metal, and only once in a lifetime that you will see them metal. The access again is unprecedented.
Seeing owners giving little kids seat time in the cars is part of the fun. In short, events like this, having the young ones exposed to the cars, and the sensations surrounding the event is critical to continuing the heritage of vintage racing and events like The WeatherTech International Challenge with Brian Redman presented by HAWK make all of this possible.
On Sunday, the featured racing begins at 9 a.m. Races are held until 10 a.m., when the Concours d’Elegance awards for Best Street and Race car; Best of Show and the People’s Choice award are announced near Victory lane and the paddock vendor area which is centrally located in the paddock. The rest of the day is filled with exciting feature races for each group. Other fan attractions include autograph sessions, an automotive art and vendor fair, on-track touring, disc golf and public go-karting at the CTECH Manufacturing Motorplex.
Tickets are available online or during the event at the gate. Additional information is available at www.roadamerica.com or by calling 800-365-RACE (7223). All races run rain or shine and anyone 16-years-old and under are FREE with a paying adult at the gate. Parking and paddock access is also free.
Road America PR/Photo Credit: Fox Sports