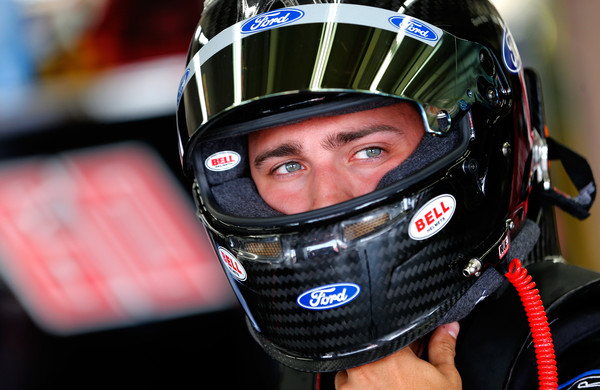 The race hit home for the Seymour, Wis. native who has been in arms reach of the title for the past few years. In his fifth start at Slinger Super Speedway, celebrating in Victory Lane before friends and family was a monumental moment for the successful short-track driver.

“It’s a race that we’ve wanted for the last couple of years,” Majeski said. “For 2015, 2016 and 2017, I think we had cars capable of winning, but things just didn’t go our way. We did our homework and tried to make our car better for this year. We had an awesome run and it was good to finally put that whole race together.”

Majeski set a fast time during qualifying, earning him a starting position of 12th out of 34 drivers. He quickly gained the lead at lap 69 and dominated the quarter-mile track, leading 131 of the race’s 200 laps. Majeski crossed the finish line with a 2.8-second lead, leaving defending title winners and fellow NASCAR drivers trailing behind him.

Prior to his success at Slinger Super Speedway, Majeski scored a victory at Madison International Speedway Friday, and again at LaCrosse Speedway Saturday night. With three consecutive wins, he’s looking to carry this success to Kentucky.

“It was good to go back to Wisconsin for a few weeks,” Majeski said. “We raced three times and picked up three wins, so hopefully we can carry that momentum into this weekend.”

Majeski will be back behind the wheel of the No. 60 Ford Mustang for the Alsco 300 at Kentucky Saturday.

“I’m excited to go to a place I’ve been before,” Majeski said. “Not having to go to a new track and have a learning curve, we can just go in and work on the race car right off the bat – a lot like Iowa. Chase had a really good run at Chicagoland, so the 60 team is coming off a top ten, if you take out Daytona. We’re excited about that. I think we have really good downforce stuff going on right now, so hopefully we can go there and keep it going.”