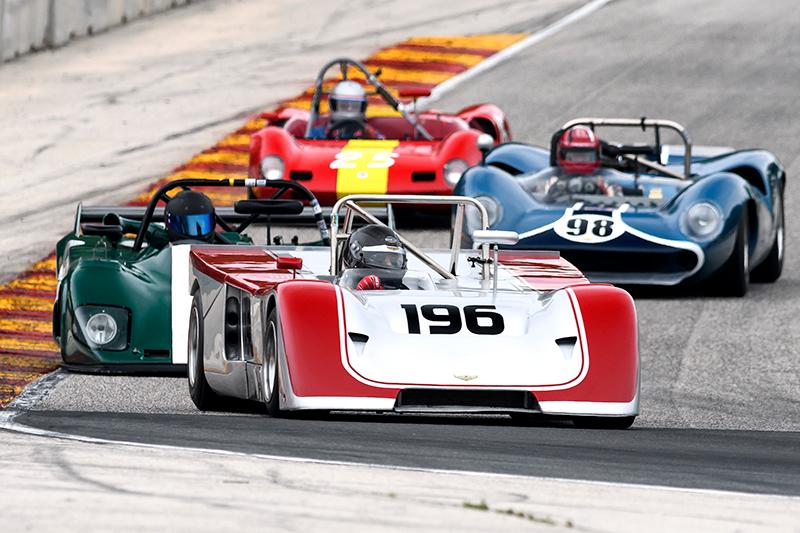 Summer is in full swing and this year hundreds of vintage racers will make the journey to Elkhart Lake, Wisconsin to celebrate the beauty and performance of some of the world’s greatest racecars and sports cars, July 19 – 22 at Road America for the WeatherTech International Challenge with Brian Redman presented by HAWK.

On Saturday qualifying resumes in the morning for all groups. Then in the afternoon racing gets underway with qualifying races for each group. Over 100 sports cars will then gather again on Saturday evening in downtown Elkhart Lake from 6 p.m. to 8 p.m. for the second night of the Concours d’Elegance. Brimming with rarity, the street fills again. Most of these cars are rare metal, fast metal, and only once in a lifetime that you will see them metal. The access again is unprecedented.
Seeing owners giving little kids seat time in the cars is part of the fun. In short, events like this, having the young ones exposed to the cars, and the sensations surrounding the event is critical to continuing the heritage of vintage racing and events like The WeatherTech International Challenge with Brian Redman presented by HAWK make all of this possible.
On Sunday, the featured racing begins at 9 a.m. Races are held until 10 a.m., when the Concours d’Elegance awards for Best Street and Race car; Best of Show and the People’s Choice award are announced near Victory lane and the paddock vendor area which is centrally located in the paddock. The rest of the day is filled with exciting feature races for each group. Other fan attractions include autograph sessions, an automotive art and vendor fair, on-track touring, disc golf and public go-karting at the CTECH Manufacturing Motorplex.
Tickets are available online or during the event at the gate. Additional information is available at www.roadamerica.com or by calling 800-365-RACE (7223). All races run rain or shine and anyone 16-years-old and under are FREE with a paying adult at the gate. Parking and paddock access is also free.
Road America PR/Photo Credit: Les Tension
Post Views: 223