TORRENCE NO. 1 QUALIFIER AT CHICAGO 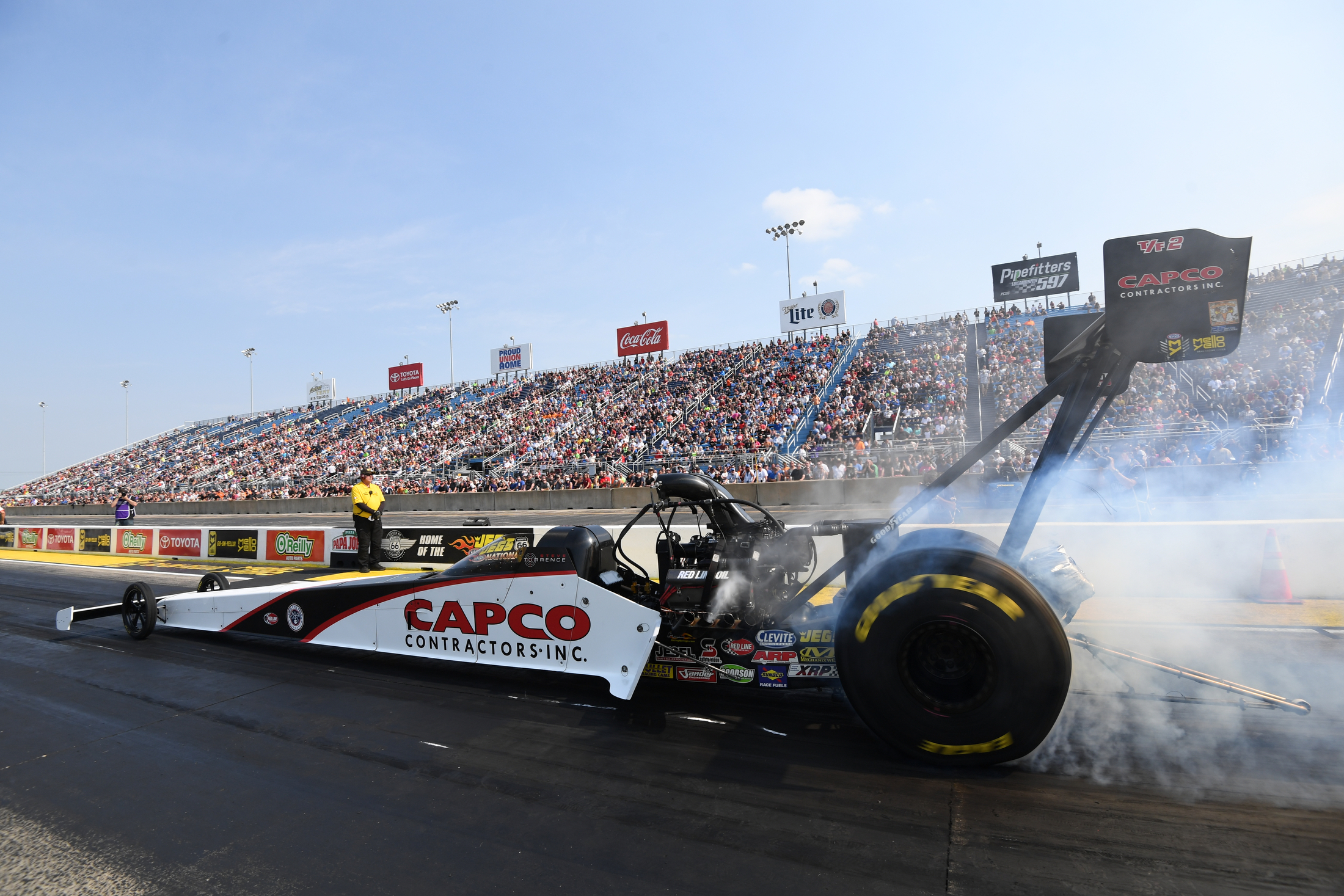 He also had the quickest run on Saturday’s final qualifying day, a 3.746 that gave him his eighth, ninth and 10th qualifying bonus points of the event.

Torrence will start from the front of the field for the 17th time in his pro career Sunday and will oppose veteran Luigi Novelli in the opening round. Although he is the only Top Fuel driver with multiple victories this season (three in eight races), this will be his first No. 1 start since last October when he set the pace at the AAA Texas Fall Nationals at Dallas.

“I was really surprised (by the 3.677 run),” Torrence said of the sixth quickest run of his career. “Until last year’s win, I never had great success at Route 66 Raceway but now that we got the monkey off our backs we have a lot of confidence as a team that we can keep moving forward.”

While the younger Torrence was dominating the qualifying phase, dad Billy was uncharacteristically struggling in the second Capco Contractors entry. Briefly in danger of being bumped out of the 16-car starting field, he wound up 14th in the order and will face eight-time series champ Tony Schumacher in Sunday’s opening round.