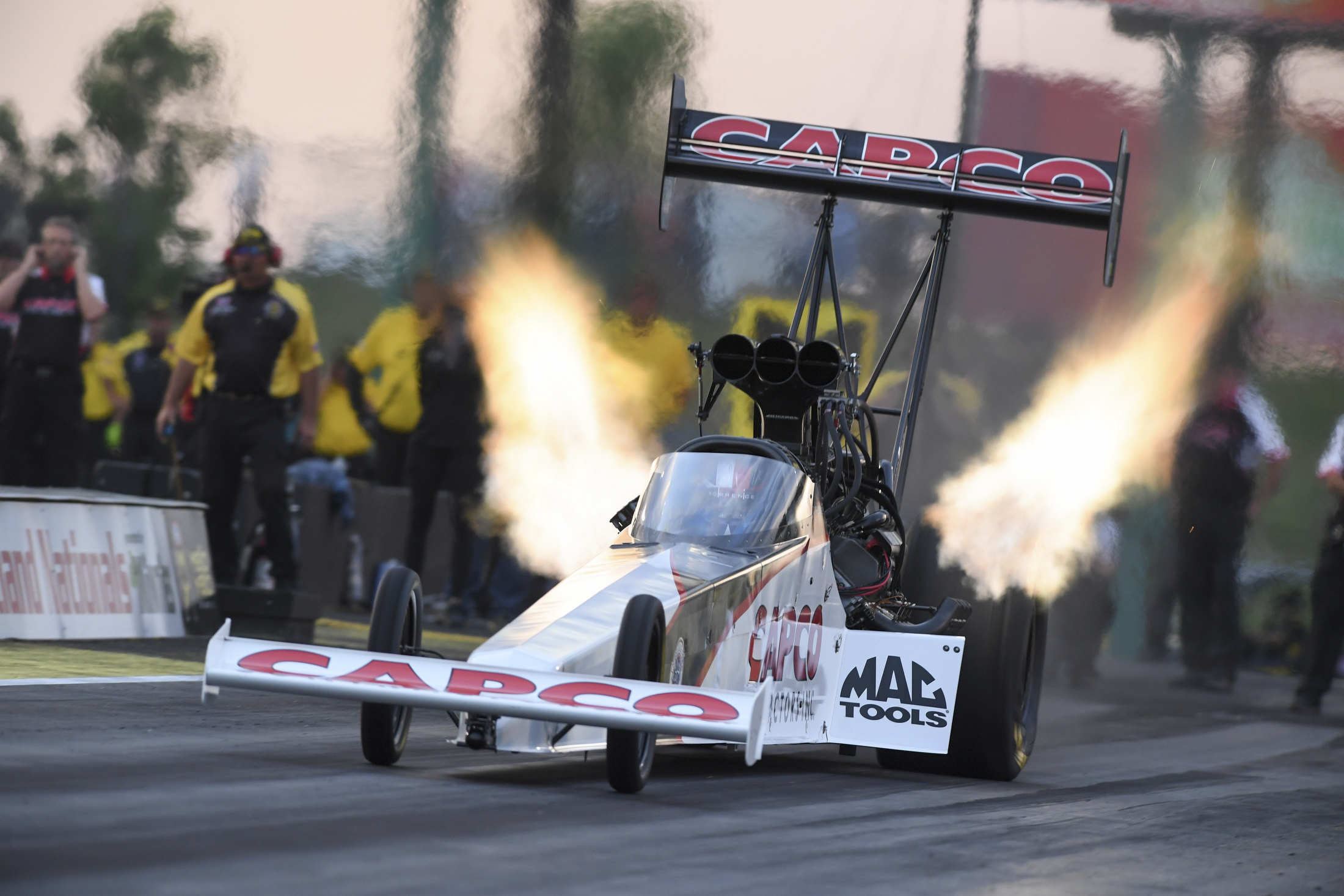 When you’re the Mello Yello point leader, you get everyone’s best shot. That reality hit home with Steve Torrence Monday when he was upended by Terry McMillen in the semifinals of the rain-lengthened 30th annual Menard’s Heartland Nationals at Heartland Motorsports Park.

“We ran good; they ran better,” was Torrence’s terse synopsis after McMillen’s 3.758 second effort got him to the finish line just ahead of the 35-year-old Texan who trailed in 3.784 seconds after pushing his Capco Contractors dragster to a time of 3.684 seconds in the previous round.

Rain delayed the start of the race for eight hours Sunday and, following a second round in which Torrence dispatched reigning world champion Brittany Force with comparative ease, NHRA officials opted to suspend racing because of the late hour.

If there was an upside to the delay and the disappointing Monday result, it was that Torrence retained a comfortable lead in the race for the 2018 NHRA Mello Yello Championship. When racing resumes in two weeks at Route 66 Raceway outside Chicago, he will lead Topeka race winner Clay Millican by 95 points, roughly the equivalent of five competitive rounds. Eight-time series champ Tony Schumacher will start 30 points further back.

Until the weather turned, it looked like there might be another celebration like the one that took place earlier this year in Phoenix when the younger Torrence nipped his dad at the finish in a spectacular semifinal race before going on to hoist the trophy.

The two were set up for just such a rematch at Topeka after qualifying 2-3 behind Millican and the fact that both won their first round races with identical 3.734 second times only served to heighten the anticipation. Unfortunately, McMillen managed to ruin the party, beating Billy Torrence in round two and Steve in the semis.

“It’s always fun racing with my dad,” he said. “We’re about as competitive as you can get. Wish we could have gone at it again this week but I guess Terry had other ideas. Good for those guys, though.”