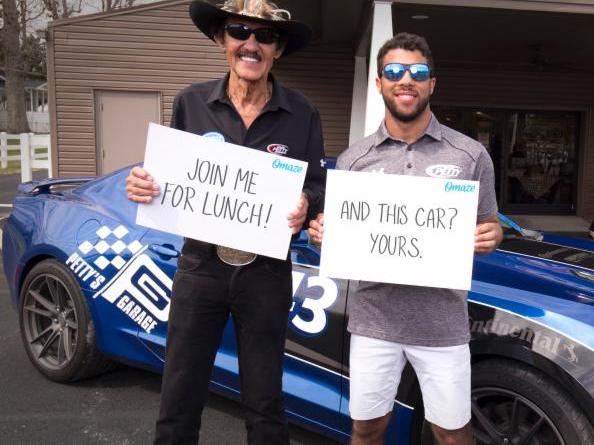 Today, The Petty Family Foundation and the online fundraising platform Omaze announced that they will be offering one lucky fan the chance to drive alongside NASCAR Hall of Fame inductee Richard Petty in their very own custom Chevy Camaro SS. The grand-prize winner will also receive a private tour from Petty, of both the Petty Museum and Petty’s Garage.

Fans can enter for the chance to win by donating $10 or more at omaze.com/petty. Proceeds from the campaign will benefit The Petty Family Foundation in its mission to provide financial support to organizations serving children and soldiers and drive forward positive change in the Piedmont Triad community.
“We are going to build a custom Camaro SS with Omaze to benefit The Petty Family Foundation, ” said Petty.  “This campaign has the ability to help local organizations in need, which is what our Foundation strives to achieve.”
One lucky winner will be randomly selected to win the grand prize, including:
The campaign ends on July 11, 2018 at 11:59pm PST.
Visit omaze.com/petty to learn more and to enter for your chance to win.
Petty Family Foundation PR