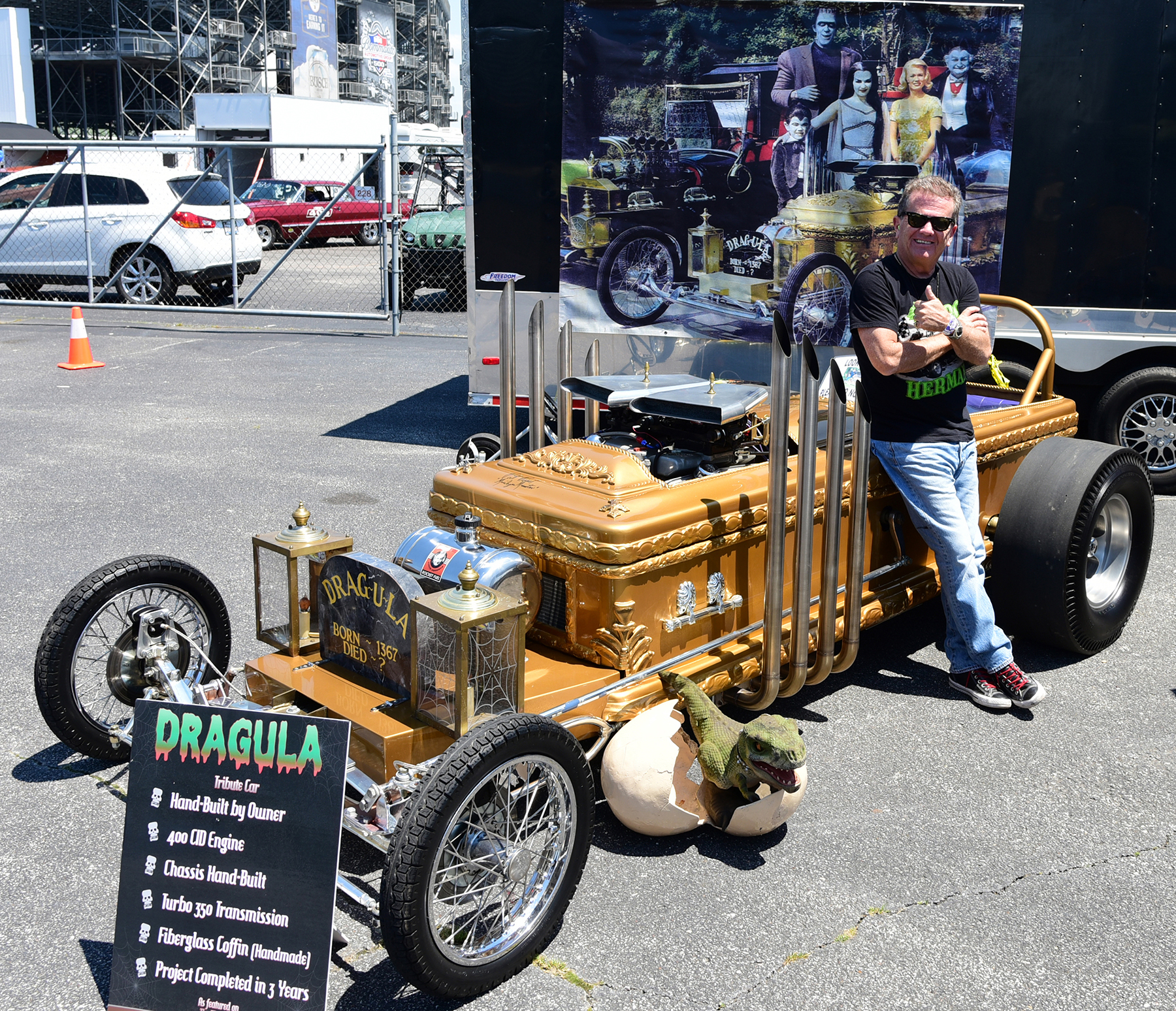 The little boy who lived at 1313 Mockingbird lane from 1964 to 1966 is coming to Gateway Motorsports Park in Madison, Illinois on Saturday, May 12 to appear at the fifth annual St. Louis Nostalgia Rendezvous. TV star Butch Patrick, who played Eddie Munster on the hit 1960s TV show, “The Munsters,” will sign autographs from 11 a.m. to 3 p.m. and be available for photo ops on the midway of the car show.

“The Munsters” series aired once a week in black-and-white on CBS from September 24, 1964 to May 12, 1966, for 70 episodes. “The Munsters” grew in popularity during decades of syndication. This popularity warranted a spin-off series, as well as several films for both television and theatrical release.

Born on August 2, 1953 in Los Angeles, California, Patrick made his acting debut in 1961 at the age of eight opposite Eddie Albert in the film “The Two Bears.” While living in Illinois with his grandmother, Patrick was flown to Los Angeles to test for the role of Eddie Munster at CBS Studios. “I went in and an hour later I came out with the job” he recalls. Although a cute little kid, he could play brat parts easily.

Besides his two-year stint as a wolf boy with pointed ears, he was a regular on “The Real McCoys,” “General Hospital” and “My Three Sons.” He also appeared in numerous commercials and guest spots on many situation comedies throughout the sixties. In 1971 Butch starred in the Saturday morning children’s series, “Lidsville,” opposite Charles Nelson Reilly.

For more information on Butch Patrick and “The Munsters,” please visit www.Munsters.com.

The St. Louis Nostalgia Rendezvous is a high-octane blast from the past, featuring nostalgia drag racing, rockabilly/surf bands and DJs, a ’69-and-older traditional hot rod and custom car show, a pin-up girl contest and a retro vendor midway.

Kids 7 and under: Free when accompanied by paid adult.