First Timers! Talladega Superspeedway Has Been the Place for Many Drivers to Claim Their First Triumph in NASCAR’s Premier Series 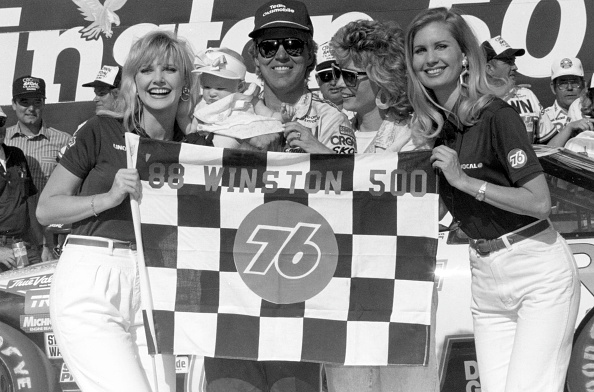 When Ricky Stenhouse, Jr. drove his No. 17 Ford for Roush Fenway Racing to Talladega Superspeedway’s Gatorade Victory Lane in last spring’s GEICO 500, he added his name alongside 10 other drivers to the list of those who have tasted their first career victory at the 2.66-mile venue. Could there be a lucky number 12 in this year’s GEICO 500 on Sunday, April 29?

Since Talladega Superspeedway opened its doors in 1969, going to Gatorade Victory Lane has marked the beginning of several successful careers with the likes of Davey Allison (1987), Ken Schrader (1988), Brian Vickers (2006) and Brad Keselowski (2009). Allison’s career tallied 19 career triumphs (three at TSS) while Schrader and Vickers finished with four and three total wins respectively, and Keselowski, the 2012 premier series champion, currently has 24 (five of which have come at Talladega). Stenhouse, Jr. rode his momentum at ‘Dega to another victory last summer at Daytona for win No. 2.

Interestingly enough, 1988 – 30 years ago – saw back-to-back first-time winners at Talladega – Parsons in May and Schrader later that summer.

“I knew we had a good car that weekend,” remembered Parsons, who was piloting his No. 55 Oldsmobile for car owner Leo Jackson. “We came back from nearly a lap down, was able to time cautions perfectly, and after a fierce battle with Geoff Bodine, was able to hold off Bobby Allison at the end (.021 second). It’s something I will never forget.” Parsons would compete just one more full-time season in the Monster Energy NASCAR Cup Series before running selected races through 1997. Over that period of time, his best finish was second at North Wilkesboro.

“You always remember your first win,” admitted Schrader, who passed Dale Earnhardt, Sr. on the final lap. “I was driving for Mr. (Rick) Hendrick (veteran Harry Hyde crew chief) and led eight laps, including the last one. It was his first win at Talladega. Our strategy was to lead the last lap and we did just that.”

There are a host of young drivers who have shown the ability to run up front and lead a lap, but are still looking for their first career win in NASCAR’s premier series. Could Talladega be the place for Erik Jones, Daniel Suárez, William Byron, Ty Dillon, Darrell Wallace, Jr., Chase Elliott or Alex Bowman?

History could be on the side of some of them. Dillon, driver of the No. 13 GEICO Chevrolet, knows his way to Gatorade Victory Lane, winning the General Tire 200 ARCA race in 2011. His grandfather – Richard Childress – is tied with Hendrick as the track’s all-time winning car owner in NASCAR’s premier series. Elliott, a former pole winner at Talladega, is the son of two-time Talladega winner Bill Elliott.

Byron’s No. 24 has won at the mammoth track six times – all with Jeff Gordon at the wheel. What about Mobile, AL, native Wallace, Jr.? A total of 10 Talladega wins came from the famed Alabama Gang (Bobby Allison, Donnie Allison, Davey Allison & Neil Bonnett), and Wallace, Jr.’s car owner, Richard Petty, won here twice. Bowman is driving the No. 88 that took Dale Earnhardt, Jr. to Gatorade Victory Lane in the 2015 GEICO 500 while Jones and Suárez pilot cars for Joe Gibbs Racing, which has won four races at NASCAR’s biggest track.

Could we see another first-timer in Gatorade Victory Lane? As history has proven, anything can happen at Talladega and we just might see a newcomer etch their name in the Talladega Superspeedway record book.