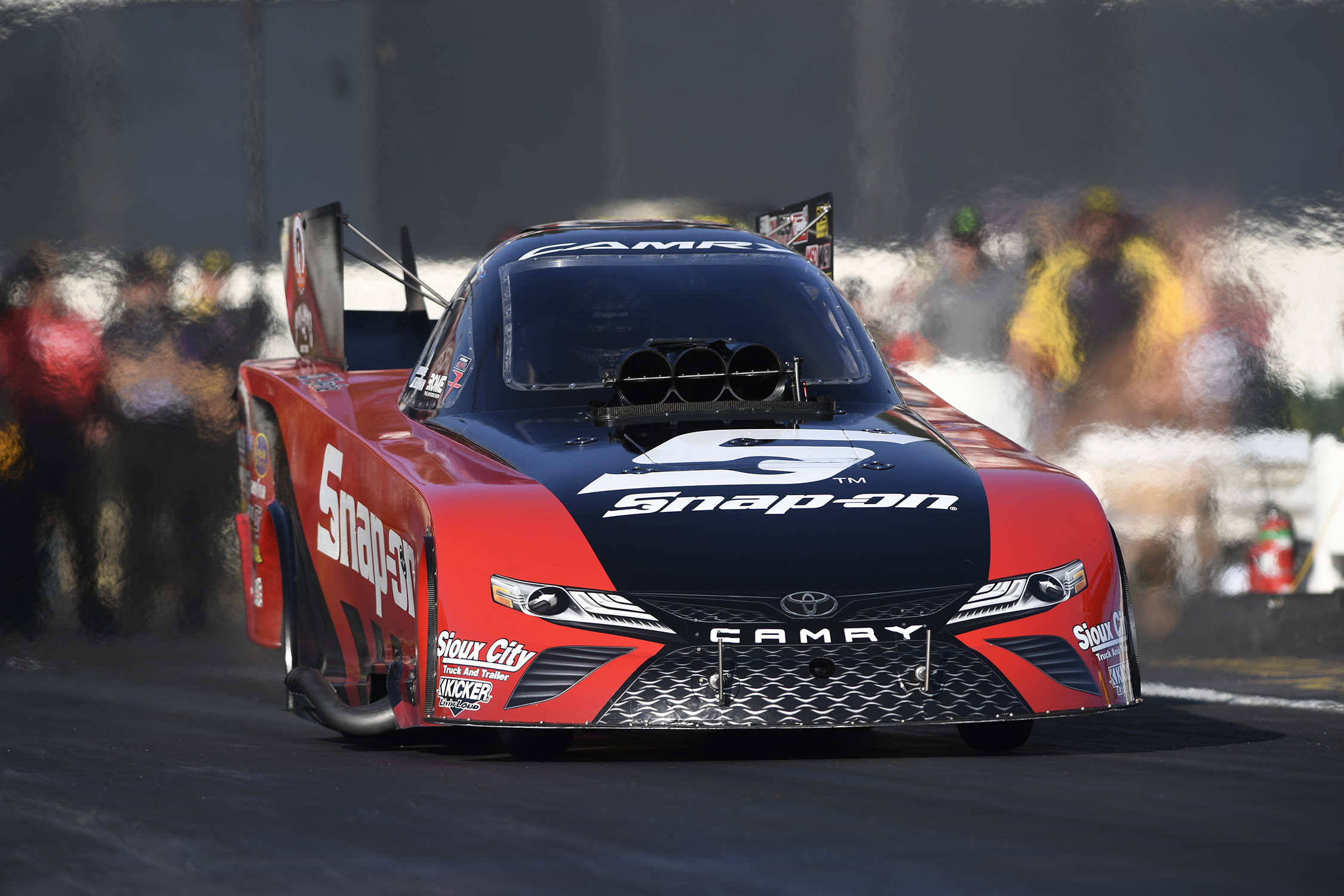 After time in the shop, Cruz Pedregon and team have the Snap-on Toyota ready to go for the inaugural four-wide event in Las Vegas. “Being a part of history and running four-wide at The Strip will be a fun, new challenge, and we’re looking forward to it,” Cruz says. “To get ready, we took some time to study that intake valve break we had last weekend, and we’ve got the car set to make more successful runs in Vegas. I had my 500th career start at this track, and fans will remember the 2016 wheel stand…I know I do. So, we plan to make new memories, with even better numbers, while keeping the car on the ground.”

Crew Chief Aaron Brooks says, “We’ve got the El Guapo body loaded to go after El Jefe took the heat from a valve issue in Gainesville. I’m feeling good about where we’re heading…looking forward to the new four-wide format and a solid Q1 to set the stage for consistent runs in Vegas.”

Cruz took time before the race to meet customers of the team’s primary sponsor, Snap-on. Leading up to the weekend, he’s encouraging fans to come out to the track and take photos with him, the team, haulers or the Snap-on Funny Car for the opportunity to score prizes from Snap-on Tools by posting to social media using the hashtag#SnaponCruzin.

On the side of Cruz’s car this week –

If you’ll check the side of Cruz’s car this week, you’ll see the name of Snap-on Nitro Franchisee Aaron Oldenburg. Aaron did route sales before taking on his Snap-on franchise 10 years ago. He says he enjoys the flexibility in his schedule to spend time with his family. They’ll be with him and several of his Snap-on customers here at the track this weekend.