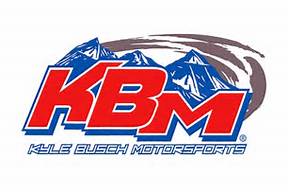 How hard has it been watching other people drive your truck for the first three races?
“It’s been very hard. I’m a racer and all I want to do is race. Seeing other people jump in the truck you are going to be in the rest of the year is really tough, but you have to take every opportunity you have to learn and catch up to the guys who already have three more races worth of experience than I do.”
What did you learn from being at the races and listening to feedback on the team radio?
“Anytime you can listen to someone on the radio and especially a Cup champion like Kyle Busch, is always a great honor. Just the way that he can break down every corner of the race car and what needs to be fixed the most and what can wait. I think that’s all stuff you can learn from and what is going to take you to the next level.”
You finished fifth at Martinsville last fall. What is the key to winning there?
“I think it’s going to be tough. The race is all about restarts and track position, so having a fast truck and being able to qualify up front and hopefully controlling the race. Last year in the fall, we were kind of just in the middle of the pack and were able to capitalize and make our Tundra a lot better to keep track position. I’d like to be able to control the race a little bit better this time.”
Todd Gilliland Career Highlights
Todd Gilliland’s No. 4 Mobil 1 Tundra:
KBM Notes of Interest
Kyle Busch Motorsports PR

Hill Takes the Points Lead After Top-Five in Las Vegas