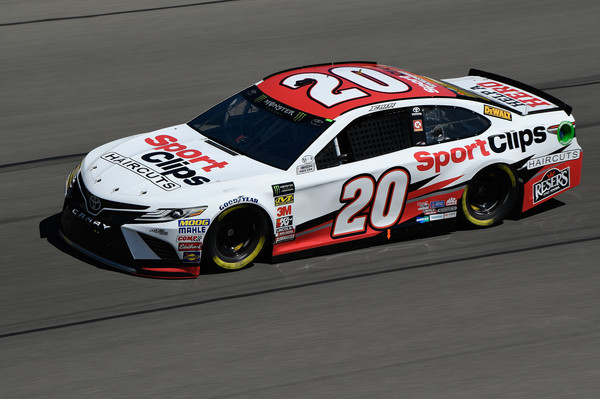 Continuing the west coast swing, teams now head to ISM Raceway in Phoenix, Arizona. One of Erik Jones favorite tracks and one of his most successful tracks as he has moved up through the ranks, Jones will make his fourth Monster Energy NASCAR Cup Series (MENCS) start this weekend for the Ticket Guardian 500(k). In his previous three MENCS starts, Jones has two top-10 finishes with his best finish of fourth coming last fall. In the NASCAR XFINITY Series (NXS), Jones has seven starts with all seven starts resulting in top-five finishes including a second-place finish and three third-place finishes. He has also earned two poles in NXS competition with an average start of 2.1 and average finish of 4.6. With impressive stats among MENCS and NXS races, Jones most memorable finish may be one from his NASCAR Camping World Truck Series (NCWTS) starts. With only three starts in the Truck Series, Jones has two wins, a ninth-place finish, two poles and an average start of 1.3 and an average finish of 3.7. His first win at the track came in 2013 in just his fifth-career start in the Truck series. Jones started the race from the second position and led 84 laps on his way to his first-career win in NASCAR’s top-three series. At the time, Jones was the youngest winner in series history at the age of 17.

·        LAS VEGAS RECAP: For the first race of NASCAR Goes West, Jones and the No. 20 team secured the ninth starting position for the Pennzoil 400 at Las Vegas Motor Speedway. The team worked on the Sport Clips Camry every opportunity they were given, and after running the entire race in the top 15, Jones and the No. 20 team were able to cross the finish line in the eighth position after 267 laps around the 1.5-mile Las Vegas track. The finish was the team’s first top-10 finish of the 2018 season.

·        THIS WEEK ON THE NO. 20 CAMRY: For this weekend’s race at ISM Raceway, the No. 20 Toyota Camry will carry the Sport Clips colors for their second race of the season.

·        HELP A HERO: In 2017, Sport Clips completed its 11th year of supporting U.S. service members through the Help A Hero program. As an Air Force veteran, Sport Clips Founder and CEO Gordon Logan believes in giving back to those who serve and has made that a primary focus for Sport Clips as well. In 2017 alone, the Help A Hero program collected a record-breaking $1.25 million, surpassing the set goal of $1 million. To date, the program has awarded 943 scholarships to veterans and service members, totaling $4.1 million, a number that will increase in the coming months as the fall 2018 scholarships are awarded. The scholarships provide financial support of up to $5,000 for tuition. In addition, the program has donated almost $6 million to VFW since 2007. To learn more about Help A Hero and the scholarship program, visit SportClips.com/Hero.

From the Pit Box:

Chris Gayle: “Phoenix is definitely one of Erik’s best tracks and also a very good track for JGR as a whole. Erik improved a lot from the first event to the fall event last year where we had a shot to battle for the win at the end. I expect his improvement to continue for this event and also the continued improvement in this 20 team each week. It’s definitely one of those places that we feel like we should be able to go and contend for the win.”