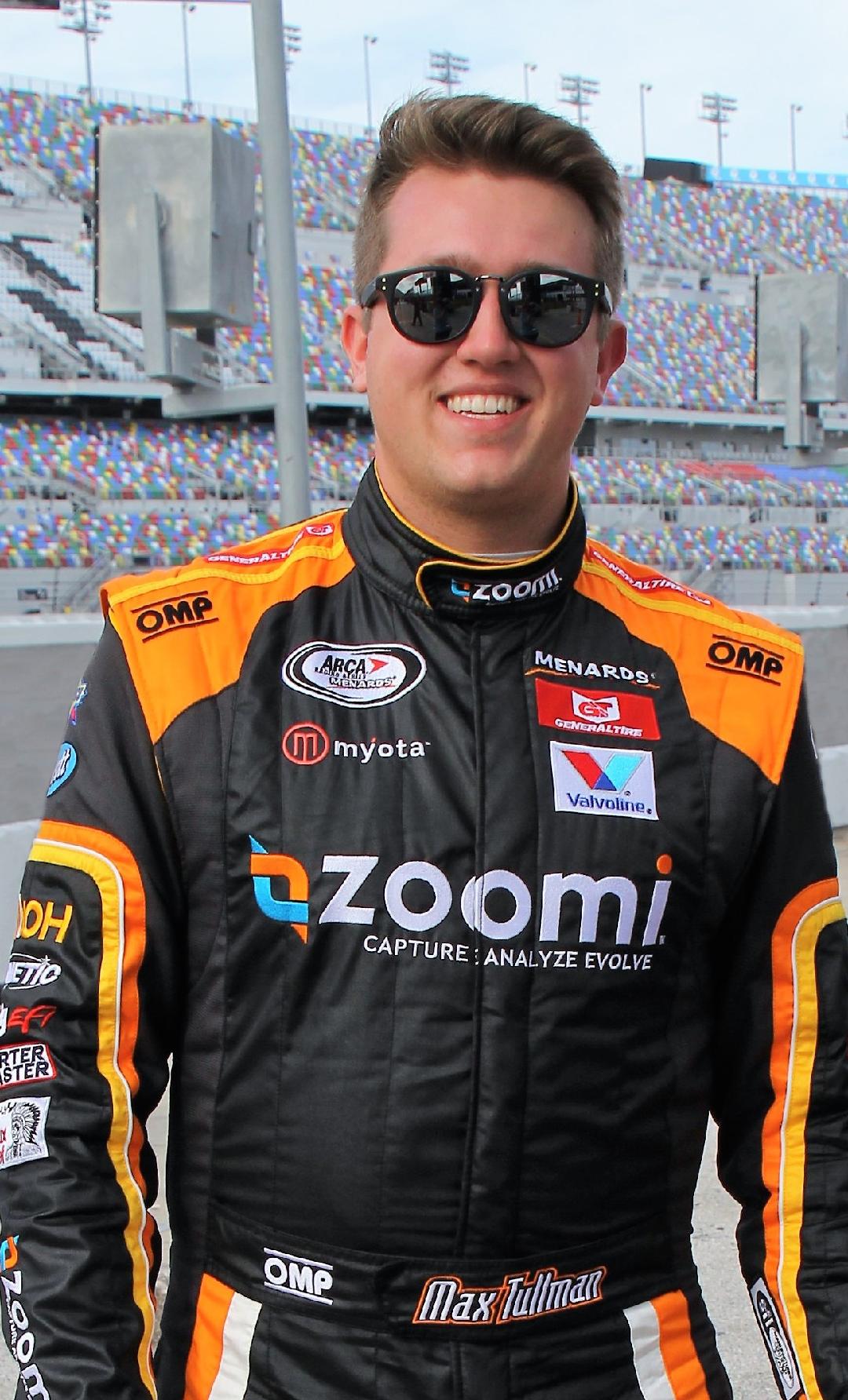 In addition to the General Tire 200 at Talladega, the 20-year-old Tullman will compete in a minimum of five other ARCA races at: Charlotte (N.C.) Motor Speedway, Pocono (Pa.) Raceway (June), Michigan International Speedway, Chicagoland Speedway and Iowa Speedway respectively.

Tullman, the IMSA Porsche GT3 Cup Challenge veteran made his ARCA debut for the Mooresville, N.C.-based team in the season-opening race at Daytona International Speedway on Feb. 10, where he qualified fourth, led 10 laps and finished sixth aboard the No. 78 Zoomi | Myota Chevrolet.

“Mason gave us the tools we needed to be competitive and Doug did an excellent job with the car throughout the race weekend that kept us in the hunt for a competitive finish.”

While the races on Tullman’s increased schedule are new venues, he believes he has the equipment and personnel to contend for not only strong finishes but wins too.

“I still have a lot to learn, but I can’t wait to get back in an ARCA car,” added Tullman.

“Mason’s operation is second-to-none as far as preparation and execution. I’ve been very fortunate to be surrounded by good people who want to see the best for me and our partners and I hope we’re able to improve on our Daytona effort and put ourselves in Victory Lane.”

2014 ARCA Racing Series champion Mason Mitchell said his team is keen to continue its relationship with Tullman and its dominance of crafting young talent into contenders and winners on the development tour.

“Max exceeded everyone’s expectations at Daytona with his performance,” added Mitchell, who serves as one of the series’ youngest team owners. “We are extremely happy to have him sign on with us for these six races.

“We are going to continue to build fast race cars for Max and have great performances each week.”

Cup Series spotter Tyler Green who assisted in propelling Mason Mitchell Motorsports to their Talladega Superspeedway ARCA victory in April 2016 and spotted for Tullman at Daytona will continue to serve in the same capacity.

Marketing partnerships for Tullman’s race lineup will be announced in the coming weeks.