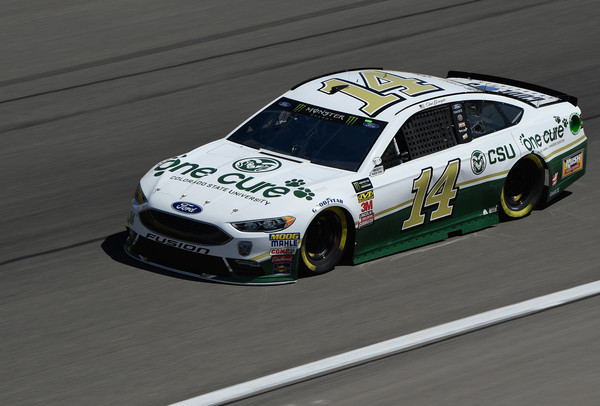 ● Bowyer climbed as high as ninth in the early going but reported his car would not turn in the center of the corners.

● He pitted on lap 38 for tires, fuel and adjustments.

● Bowyer still struggled with handling and lost a few positions as the stage ran to the end without a caution.

● Pitted on lap 121 for more adjustments to help the car turn.

● Adjustments began to pay dividends, and Bowyer’s lap times improved as he climbed to 12th.

● A loose lug nut forced Bowyer to pit lane on lap 143 for a two-tire stop.

● The stop dropped him from 12th to 20th and a lap behind the leader.

● Bowyer narrowly averted disaster when his car suffered only minor front-end damage from a multicar accident in front of him on lap 183.

● Crew made repairs and returned Bowyer to the race in 19th, fifth in line to earn the free pass.

● The team gambled in the closing laps to stay on the track instead of pitting, hoping to capitalize on a caution. The caution never came, and Bowyer lost a second lap.

● Harvick’s victory in the Las Vegas 400 marked the 45th overall win for Stewart-Haas Racing (SHR). It was the organization’s 41st points-paying Monster Energy NASCAR Cup Series win and its third at Las Vegas.

● This was SHR’s fifth Cup Series victory with Ford. The team won its first race with Ford when Kurt Busch captured the 2017 Daytona 500.

● This was Harvick’s 16th Cup Series victory since joining SHR in 2014. His margin of victory over second-place Kyle Busch was 2.906 seconds. It marks his second series win of 2018, his second at Las Vegas and the 39th of his Cup career.

● There were four caution periods for a total of 29 laps.

Clint Bowyer, driver of the No. 14 One Cure Ford for Stewart-Haas Racing:

“We struggled to get the car to turn in the middle of the corners in the early going. The guys made a lot of changes, and we thought we had it going in the right direction. Then we had to come back in for the lug nut, and that got us a lap down.”

The next event on the Monster Energy NASCAR Cup Series schedule is the TicketGuardian 500k on Sunday, March 11 at ISM Raceway near Phoenix. The race starts at 3:30 p.m. EDT with live coverage provided by FOX beginning at 3 p.m.