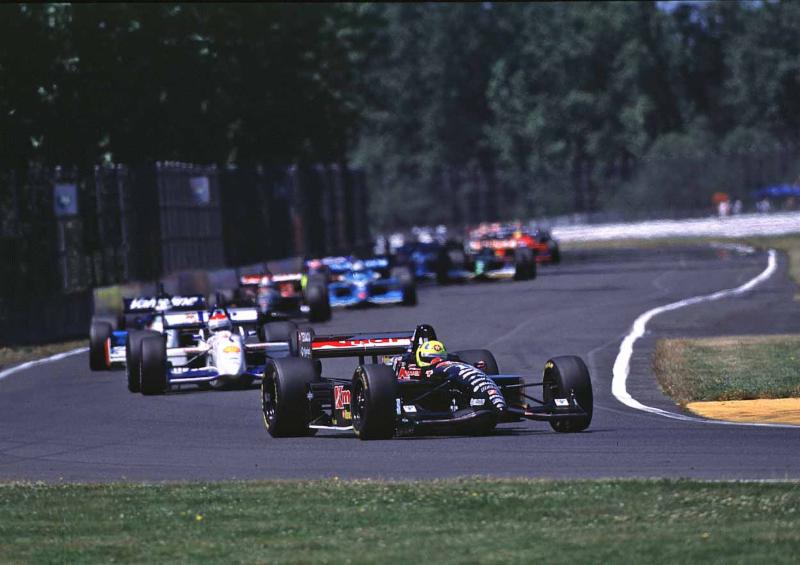 Green Savoree Racing Promotions (GSRP) and INDYCAR announced collaboratively with City of Portland leaders a Verizon IndyCar Series race at Portland International Raceway scheduled for August 31-September 2, 2018.
“As a young man, I had the opportunity to attend the Indy 500,” recalls Portland Mayor Ted Wheeler. “I remember well the excitement and thrills that INDYCAR racing bring to a city and to race spectators. The return of INDYCAR racing to Portland will give us terrific international exposure, a great deal of revenue, new jobs, and an exciting experience for race fans.”
“It is very exciting to see INDYCAR racing coming back to the Rose City,” says Portland Parks Commissioner Amanda Fritz. “An event of this magnitude means $12-$15 million in revenue to the City, scores of jobs, and an exciting weekend of racing with new cars using clean-burning ethanol for fuel. Portland International Raceway continues to be an integral part of the City’s recreation portfolio. I also acknowledge that there will likely be noise impacts in nearby neighborhoods. We will work closely with the organizers and the neighborhoods to mitigate the impact”.
The new event will serve as round 16 of 17 on the 2018 Verizon IndyCar Series schedule.  In conjunction with this announcement, INDYCAR also released its complete 2018 race schedule today.  This will be the first professional open-wheel event at Portland International Raceway since the former Champ Car World Series raced on the 1.967-mile, 12-turn permanent road course in 2007.
“INDYCAR couldn’t be more excited to again race in front of one of our strongest fan bases,” said Mark Miles, CEO of Hulman & Company, which owns the Verizon IndyCar Series. “Portland International Raceway has produced thrilling road racing throughout Indy car history – the 1997 finish still stands as the record for the closest finish on a road or street course – and the timing of our return couldn’t be better given the bold new look our cars will have in 2018. We expect this will be a show fans won’t want to miss.”
Indianapolis-based Green Savoree Racing Promotions will be the owner and operator of the Verizon IndyCar Series race at Portland International Raceway holding all of the commercial rights to the event.  This will be one of four INDYCAR weekends GSRP will promote in 2018 including the season-opening Firestone Grand Prix of St. Petersburg (March 9-11), Honda Indy Toronto (July 13-15) and the Honda Indy 200 (July 27-29) at Mid-Ohio Sports Car Course.
“Indy car fans in Portland and the Pacific Northwest have waited a long time for this day.  Thank you to Mayor Wheeler, Commissioner Fritz and their teams at the City of Portland and INDYCAR for joining together to help us make this happen,” said Kevin Savoree, co-owner, president and chief operating officer of Green Savoree Racing Promotions.  “Our due diligence proved without any doubt that it was time to bring a race back to Portland International Raceway.  With a population of well over two million, the Scarborough research showed the Portland market as the number one target for a Verizon IndyCar Series race.  It has a high concentration of Indy car fans as well as being a popular choice for existing partners already involved with the sport.”
Championship Auto Racing Teams (CART) or Champ Car World Series sanctioned events were held at Portland International Raceway continuously from 1984 to 2007.  Portland race winners are a “Who’s Who” of Indy car history.  Of the 24 races held, 20 were won by drivers who also earned an Indy car championship in their career.  Al Unser Jr. won the first race.  Currently active Verizon IndyCar Series drivers who competed in the last race held at Portland were Sebastien Bourdais (winner), Will Power (fourth), Simon Pagenaud (eighth) and Graham Rahal (ninth).
GSRP PR/Photo  Dan R. Boyd