Truex Jr. will drive the blue No. 78 Auto-Owners Insurance Toyota at Richmond 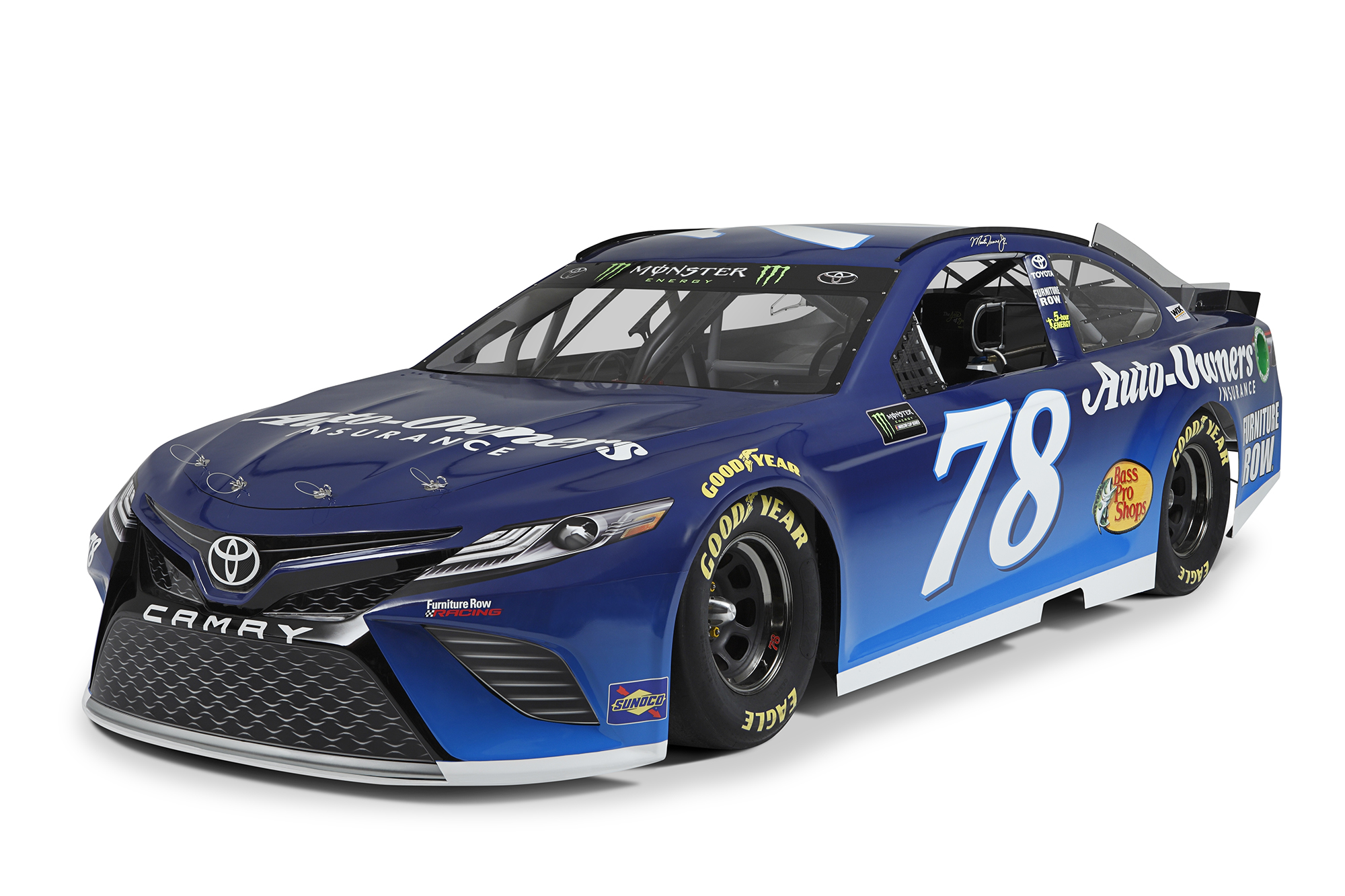 After clinching the NASCAR Cup Series regular season championship at Darlington (S.C.) Raceway Sunday night, one might suspect the pressure is off for Martin Truex Jr. and the Furniture Row Racing team.
It is true that Truex is pressure free of securing a post-season berth and an improved playoff seed in Saturday night’s regular season finale at Richmond (Va.) Raceway. But for the Furniture Row Racing driver there is still plenty to gain at the 0.75-mile short track.
“For starters, when you go to a racetrack and climb into the car you want to win, simple as that,” said Truex, who has a 107-point lead in the regular season driver standings. “That’s what we want to do in Richmond as we do every week on the circuit. And to get more specific about the current situation, there are seven playoff points up for grabs at Richmond and that is certainly on our minds. Bottom line, don’t expect this Furniture Row Racing team to let up. Momentum is important as we head into the playoffs. You can’t turn it off and on.”
Truex, who will drive the blue No. 78 Auto-Owners Insurance Toyota Camry in the Federated Auto Parts 400, enters the race with a series high of 52 playoff points. The playoff bonus points will carry throughout the playoffs except in the finale at Homestead-Miami Speedway.
Truex’s 52 playoff points has been a result of winning four races (five points for each win), 17 stage wins (one point for each stage win) and 15 points for winning the regular season championship. His four race wins and 17 stage wins rank No.1 in the Cup series.
“I am really proud of everybody on this team for an amazing season so far,” said Truex. “And to lock up the regular season points is a huge accomplishment for us, for our team. I feel like we’ve come a long way in just a few years together and continue to climb.”
For the record, Truex took over the regular season points lead for good after the 18th race of the season at Kentucky Speedway. The only time he was out of the top 10 in the driver standings was after finishing 13th in the season-opening Daytona 500.
Regarding the team’s first regular season championship, Joe Garone, president of Furniture Row Racing, said there is still unfinished business ahead for the No. 78 team.
“It’s an honor to win the regular-season championship and a milestone for Martin and Furniture Row Racing,” stated Garone after Sunday night’s race in Darlington. “At the end of the day, though, our sights are set on the long term-goal which is winning the championship at Homestead. We’ll use this regular season championship, and the bad luck the 78 team had at the end of tonight’s race (Darlington) as a springboard to take us to that goal.”
Truex nearly pulled off his fifth win of the season in the Southern 500 at Darlington, but lost the lead with two-plus laps remaining due to a blown right-front tire.
“That was bittersweet in Darlington,” said Truex. “Wish we could have won, but that’s the breaks. Sometimes they go your way, sometimes they don’t, and tonight we came up a little short. But definitely a lot to be proud of.”
Truex, who finished 10th in the spring race at Richmond after qualifying third, will seek his fourth straight top-10 result at the Virginia track. His Richmond record includes: 23 starts, two top fives and eight top 10s. His average start is 15.2 and average finish is 20.0.
Furniture Row Racing PR
Post Views: 283