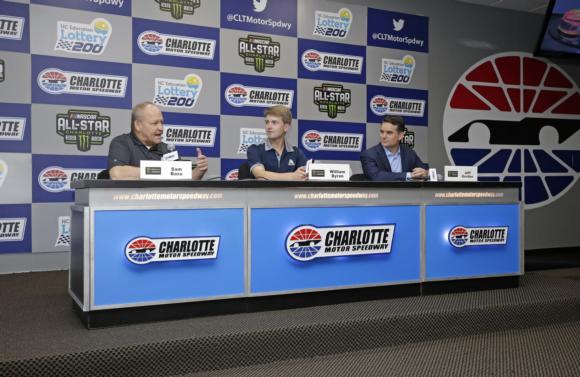 Byron, the defending NASCAR Xfinity Series champion, will drive the paint scheme at Darlington Raceway to honor a partnership between Gordon, Bass and Axalta which began more than 25 years ago.

“Obviously a lot of memories for me and for Sam (Bass) to go back to that original paint scheme,” Gordon said on Friday. “It certainly changed my life forever as a race car driver, and Hendrick Motorsports had what would become such as iconic paint scheme. I now get to meet a lot of fans who say they became a fan because of that paint scheme. There is a certain magic that comes from Sam Bass that goes into a race car when he designs it. … I certainly never looked far enough ahead to think that we created something that would be a part of NASCAR history.”

Bass – who has designed 87 of Charlotte Motor Speedway’s NASCAR event programs, including this year’s Monster Energy NASCAR All-Star Race and Coca-Cola 600 programs – recalled the history of the special paint scheme.

“Ray Evernham (Gordon’s crew chief from 1992-‘99) came to me and was looking for a frame for Jeff as part of a birthday present,” Bass said. “He wanted to pay me for it and I told him that he owed me nothing, but that I wanted a chance to design their race car for the next year. Well, a couple of weeks later he told me, ‘You got your chance.’ I worked on three designs. The day they were due, I had two done. But I came back to the shop and started the third and that was the one. And now I’ve had a 26-year relationship with Axalta.”

Byron, who was fiveyears from being born when the No. 24 Axalta car made its debut, said he can’t wait to try out his new ride.

“To have that paint scheme and the touch of Sam Bass that Jeff (Gordon) had so much success with is special,” Byron said. “It’s going to be a lot of fun. Hopefully, we can get some success with it. I grew up as a kid watching Jeff drive that car. There are some similarities there with our ages.”