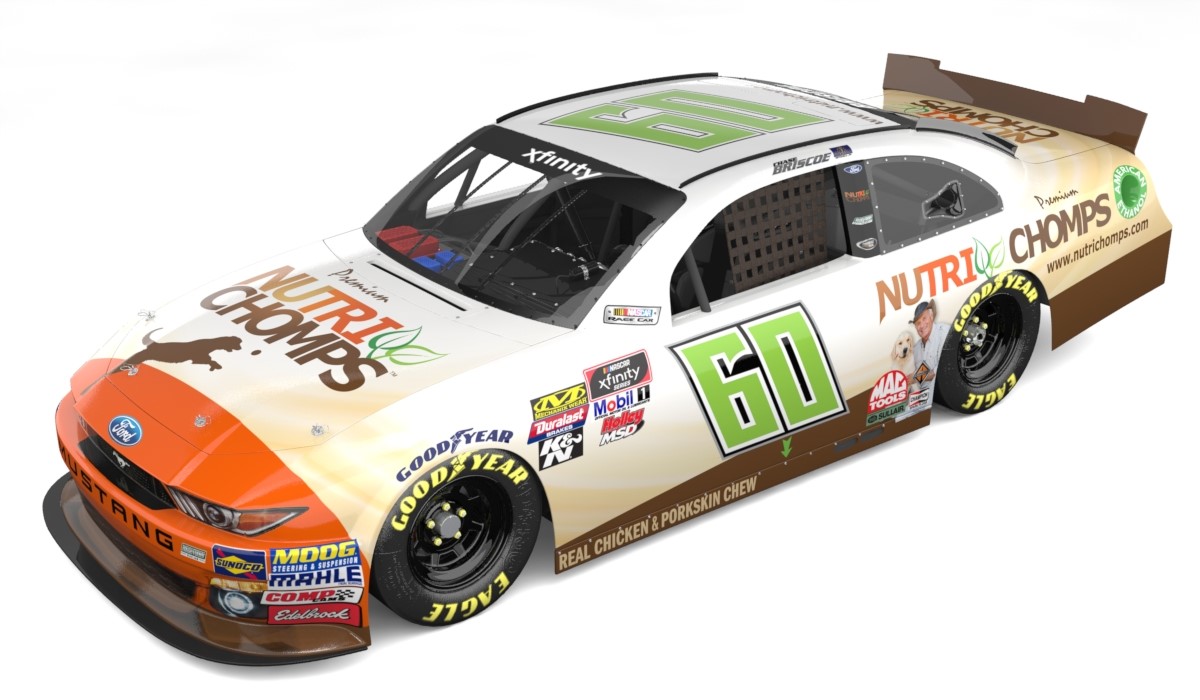 Nutri Chomps has partnered with Roush Fenway Racing and Chase Briscoe for six NASCAR Xfinity Series events in 2018.  Briscoe will kick off the relationship behind the wheel of the No. 60 Nutri Chomps Ford this weekend at Texas Motor Speedway.  Nutri Chomps are a 100% rawhide-free, vitamin & mineral enriched, high protein dog crew made of chicken and pork skin.

“I’m really excited to have Nutri Chomps on the car starting at Texas,” said Briscoe.  “Scott Pet has been a big part of my stock car career and it’s really neat to have a company from Indiana support me, as well as have Jack Hanna on the car.  I remember watching him on TV growing up.”

Nutri Chomps is one of several product lines by Scott Pet, Inc.  Scott Pet is headquartered in Rockville, Indiana and is a family-owned manufacturer and distributor of quality pet products for over 40 years.

Scott Pet began a relationship with Briscoe in 2016 while he was competing in the ARCA Series.  Briscoe promoted Scott Pet products on the track, while Jack Hanna entered homes through television commercials educating consumers on the dangers of rawhide.  Briscoe and Hanna will team up again in 2018 to continue to share their message from track to television.  Hanna’s image is featured on the quarter panels of Briscoe’s No. 60 Ford.

Texas Motor Speedway has been a good track for Briscoe.  Briscoe visited the 1.5-mile track twice in 2017 in the Camping World Truck Series and earned a second and fourth-place finishes, all while leading the field for a total of eight laps.  In addition to Texas, Nutri Chomps will be featured with Briscoe on the No. 60 for Richmond, Pocono, Chicago, Indianapolis and for the season finale at Homestead-Miami Speedway.