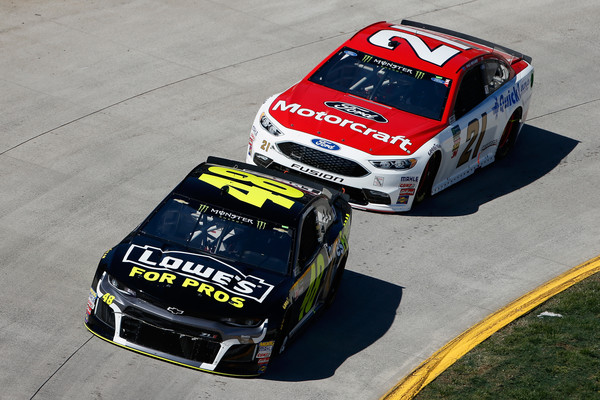 Paul Menard and the No. 21 Motorcraft/Quick Lane team continued their forward progress this season with a solid 13th-place finish in Monday’s snow-delayed STP 500 at Martinsville Speedway.

Menard started 15th after qualifying was cancelled due to snow and rain and the line-up was set according to the points standings.

He raced his way into the top 10 at times and spent much of the 500-lap race just outside the top 10.

Most green-flag runs saw Menard fade back a bit on fresh tires then pick up speed and positions as the laps went by.

Team co-owner Eddie Wood said he continues to see improvement and building chemistry in what is essentially a new team.

Monday’s race was another race free of major mistakes for the No. 21 team. 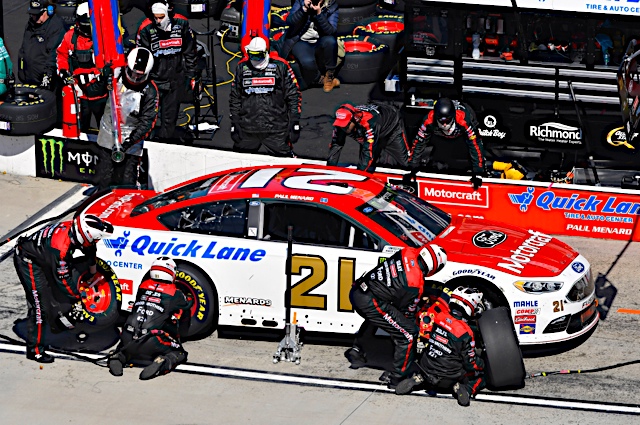 “Paul did a great job,” Wood said. “Greg called a great race, and the pit crew gained spots on nearly every stop, which is hard to do at a tight place like Martinsville.

“We had another solid run, and this team is really impressive with the way everyone works together.

“We’re all looking forward to the rest of the season.”

After an Easter weekend break, Blaney and the No. 21 Wood Brothers team return to the track for a 500-miler at Texas Motor Speedway on April 8.