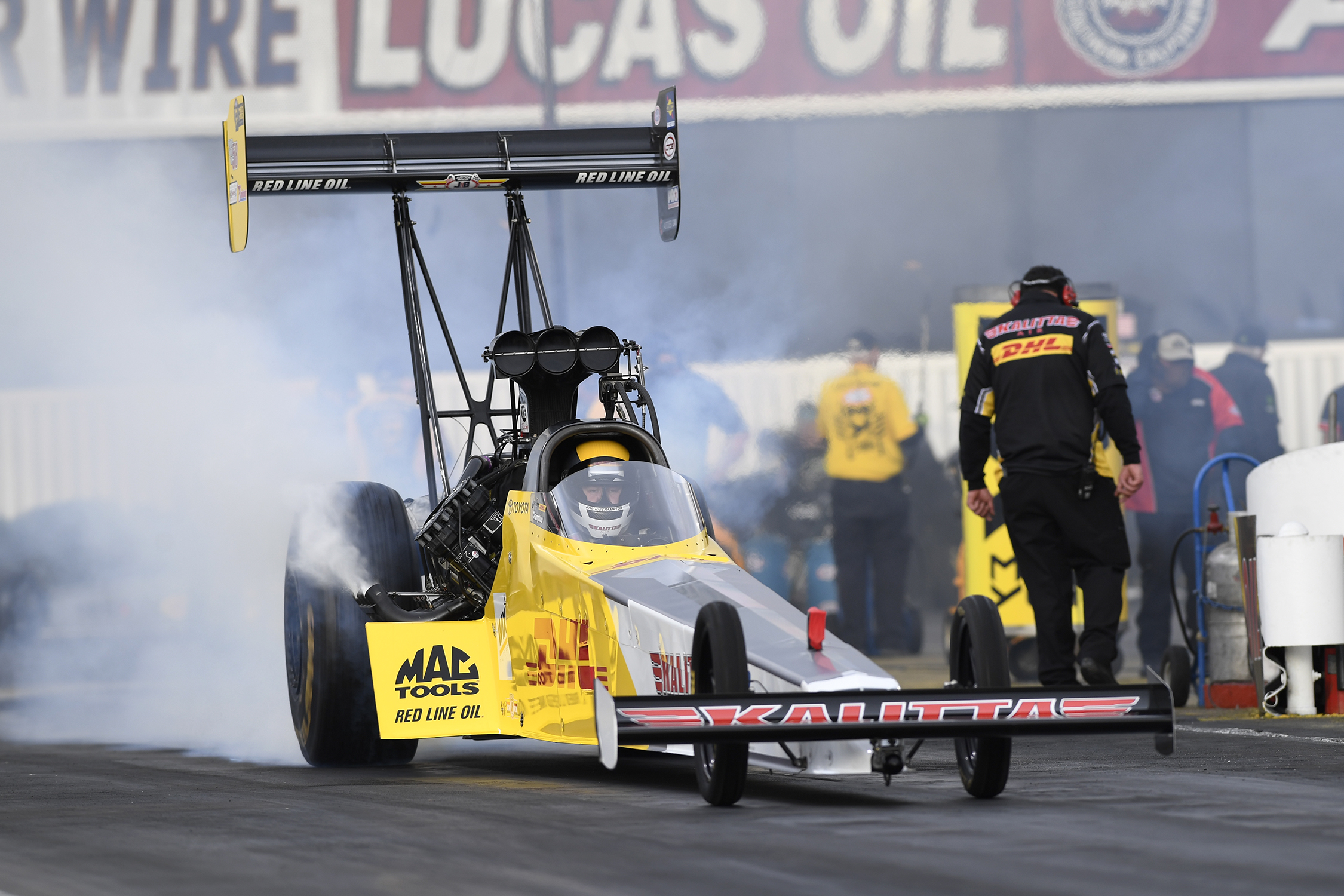 Richie Crampton, Kalitta Air Toyota Top Fuel Dragster
Amalie Oil NHRA Gatornationals Winner’s Circle
Defeated:
Doug Kalitta, Rd. 1
Mike Salinas, Rd. 2
Antron Brown, Semi-finals
Shawn Reed, Finals
The win is Crampton’s first of the season and the eighth of his career. His most recent win was at the Texas Motorplex in Dallas in October, 2015.
Richie, tell us about your day:
“It was a great day for Connie and everyone with this Kalitta Air team. We had a lot of great help from Slugger (Labbe) and the TRD team trying to figure out this hot race track. We had it dialed in for the final run. The 3.85 was a heck of a run, but it was unfortunate that Shawn wasn’t able to make a pass. You hate to take a win by default like that, but I’ll take it. It feels good to win again.”
How were the track conditions:
“It was pretty interesting. As always we were able to make great power at Gainesville. The track temps were just up a bit and it made the crew chiefs just pull their hair out. It made it a little bit more of a drivers race and it evened the playing field a little bit. I thrived on it. I loved it. It was one of my most rewarding wins ever.”
Was there a time when you didn’t think you’d win a race again?
It wasn’t all that long ago that I was sitting on the sidelines, reminiscing about when I used to drive a Top Fuel car. So to be back in a car for Connie, Kalitta Air, DHL, Toyota and everyone, I’m just really lucky. So I’m just working hard to try to make sure I deserve to drive for this team. It’s going to be a good year.”
What’s next?
“It’s tough out here. We’ve seen so much out here this year. This season is going to be tougher than it was last year, which was tougher than it was the year before. It’s just going to be a hard year, so we just have to dig it and try to win some more. I think we have all the tools we need. Connie, my crew chief Rob Flynn and all the guys on the crew are great. We’re going to keep digging and try to bring home some more trophies.”
Thoughts on moving up to sixth-place?
“It’s good. It’s early, but we still had our eyes on these points.  They’re valuable. I’m just really happy right now.”
Toyota Racing PR/Photo Credit NHRA Media