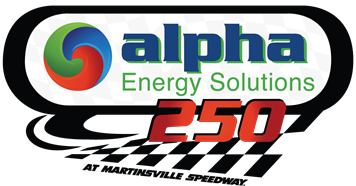 Dalton Sargeant and Myatt Snider are familiar with Martinsville Speedway. They know what it takes to be fast on the historic half mile, how to avoid the curb, and how to best utilize their front bumper. Now, the rookies are adapting the knowledge they learned in Late Model Stock Cars to NASCAR Camping World Trucks ahead of the Alpha Energy Solutions 250 on March 24.

“Pretty productive day for us so far,” Sargeant said. “We’ve been testing a lot of different stuff. This will be my second start here at Martinsville Speedway in the NASCAR Camping World Truck Series come next week, so just really looking forward to it.”

“They won this race last year with Chase Elliott and Johnny Sauter has won multiple times here in the past, as well. Looking forward to working with these guys,” Sargeant said. “Johnny is here and itching to get out here but he’s not allowed to until next week. He brings a lot of knowledge to the place whether it is setup or tips and pointers for me as a driver and what to expect come race time.”

While Sargeant said that Late Model Stock Car experience is important when it comes to confidence, he will be leaning most on his one previous start in a Truck at Martinsville.

“That Late Model race was a lot of fun but the biggest thing that is helping me is that one Truck Series start and being able to race around these veterans,” Sargeant said. “I’ve been able to learn a lot from them about how these trucks drive.”

Snider will not have the luxury of a previous start in a Truck at Martinsville, but said that several Late Model starts give him a leg-up on other rookies.

“Absolutely that Late Model experience gives you an edge. Having laps at any place is helpful. Having four-plus years of racing experience here is a big advantage,” Snider said. “I’ve been running here for so long, I’m familiar with this place and the scenarios here. I’ve seen everything, including cars running over top of each other. It’s a great place to do some short-track racing,”

Observation, even at a two-truck test session, is valuable to a driver, Snider said.

“I’m seeing how the driving style is different between a Truck and a Late Model (by watching),” Snider said. “Trucks have more power and are a lot heavier. Our team has been doing well all year and I don’t think that will stop at Martinsville.”

The key to the Alpha Energy Solutions 250, according to both Sargeant and Snider, will be patience.

“You have to be really smart. It’s a long race so you have to keep the fenders on it until the end and take care of the brakes, the engine and all of the truck really,” Sargeant said. “You can’t let yourself get overheated or let your mind get out of control. You have to stay calm the entire time and be there at the end when it counts. We definitely have the equipment, now it’s just up to me.”

“It’s a lot of give and take and you get what you give,” Snider said. “Stick to the bottom and use the bumper. You have to let somebody know you’re there. It’s really exciting racing around this place and every lap is action-packed.”

The Alpha Energy Solutions 250 is March 24 at Martinsville Speedway.