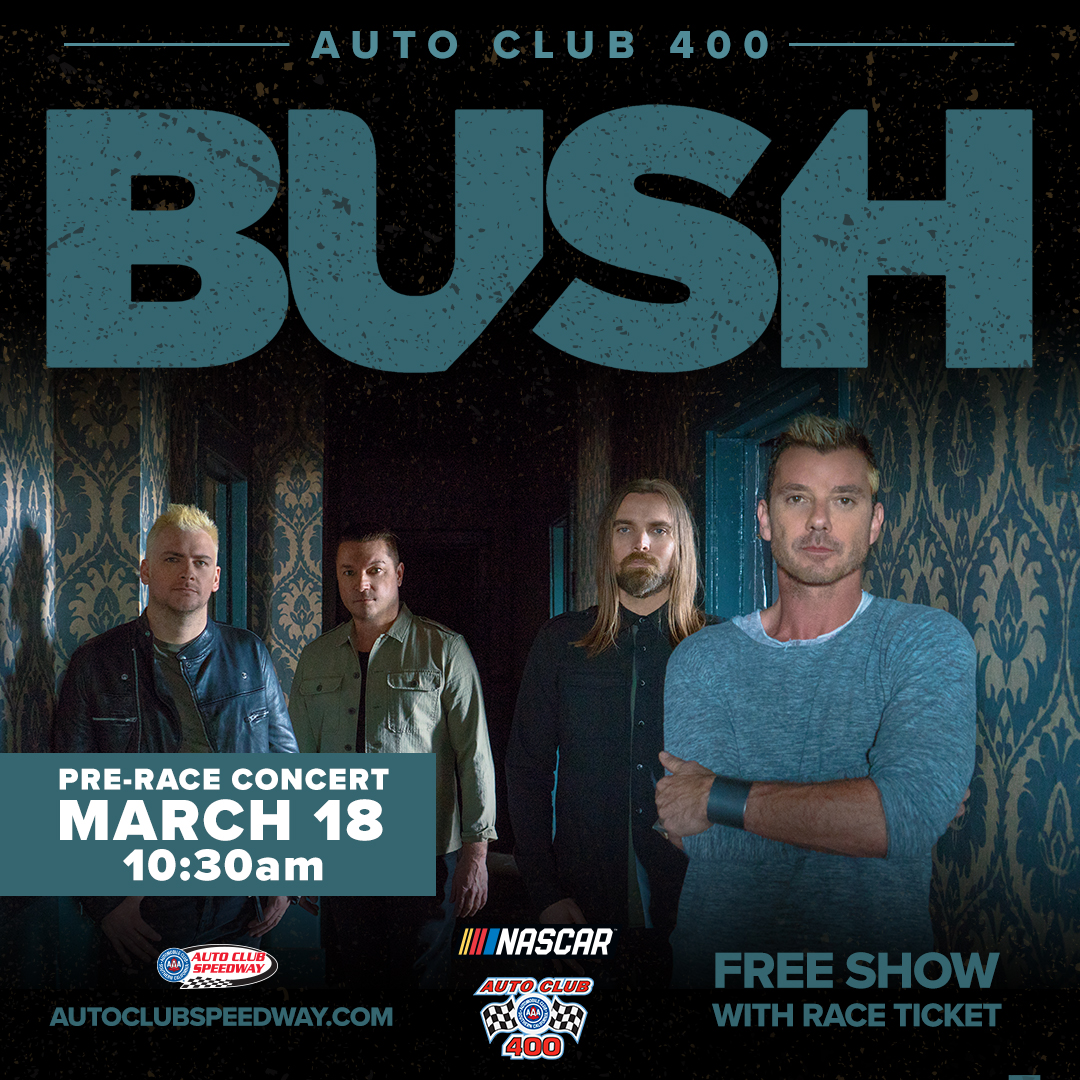 BUSH is touring in support of latest release of BLACK AND WHITE RAINBOWS and hit single “This Is War,” which can be heard HERE. Like all great BUSH concerts, the March 18th show will see the band playing an electrifying mix of new tracks and classic hits, including “Comedown,” “Glycerine,” “Machinehead,” “Swallowed,” “The Chemicals Between Us” and “The Sound of Winter,” among others.

The BIGGEST Party in the South Returns – the “Big One on the Blvd.” at Talladega Superspeedway – with Blasts from the Past!