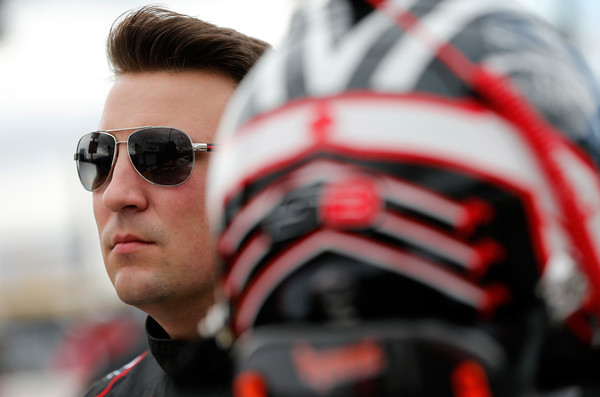 Las Vegas Motor Speedway marked the beginning of the West Coast Swing and the third race of the season for the NASCAR Xfinity Series. Las Vegas was another track Spencer Boyd visited for the first time in his early career.
Boyd and team made substantial gains to the Grunt Style Chevrolet on Friday during final practice. Saturday morning Boyd qualified in the 31st position; however, was confident he would quickly move up the running order.

When the green flag waved something felt off. Boyd struggled with the handling of the car throughout the first stage. Despite many adjustments made by Jason Miller, Boyd was unable to carry speed through the center of the corner.

About halfway through the second stage Boyd came on the radio and reported something was significantly wrong with the Grunt Style Chevy. A broken right front caliper would end the day early for Boyd, resulting in a 36th place finish.

After the race Boyd reflected, “Not much we could have done there. I knew something was off because we were so slow compared to final practice yesterday. Unfortunately, it’s just a part of racing. I’m proud of my team and appreciate all their hard work. We’ll regroup and be ready for Phoenix.”

Boyd will stay out West this week to help the team prepare for round two of the West Coast swing at ISM Raceway. Coverage from Phoenix will begin on Friday with practice and the DC Solar 200 will be 1:00 P.M. EST Saturday March 10th.